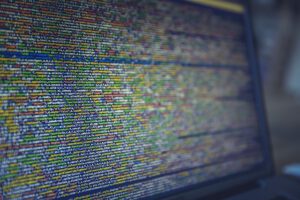 The Next Phase of Smart Tech Adoption: Codeless Software

Technology is perpetually changing. From floppy disks and CD-ROMs to thumb drives and cloud computing, software is plunging into another frontier: codeless. The new era brings an intuitive process, increased efficiency and a focus on creativity. Developers should not fear this exciting evolution, as codeless software offers a variety of functions that will likely be integral to the future of smart technology creation and adoption.

Codeless software accommodates control and customization in various interfaces that help attain an end goal. There is often an analytics layer, a design layer and a business management layer. Each corresponding dashboard is easy to extract useful data, manipulate the design environment and reorganize for business efficiency. This increased efficiency allows for more space to innovate.

The automation of coding allows coders to develop higher level applications. Instead of taking hours to write out code painstakingly, the automation-friendly nature of codeless software gives developers more space and time for creation beyond general coding.

With more time devoted to problem solving and analysis of output data, developers can hasten technological advancement and emphasize results over the coding process itself.

Human error creates many headaches. By eliminating the human component on the most mind-numbing part of development in coding, developers can put greater focus on the results themselves, instead of troubleshooting the process to obtain those results.

Codeless software aligns with the ability to update software seamlessly. Companies can lose ample productivity due to software updates. In theory, codeless software is capable of running these updates more smoothly and decreases the chances of hiccups along the way.

Codeless software inspires codeless automation testing that can nip any update issues in the bud before the update even applies. A streamlined process is less likely to result in delays.

Another useful feature of codeless software involves intelligent capture solutions, which can read and capture elements of a document to obtain helpful information. Various intelligent capture platforms are designed to learn how to adapt to different documents with help from humans. Codeless software works similarly in being able to adjust to useful information, rather than require manual coding additions.

Similar to the concept of the assembly line, codeless software allows developers, business managers and designers the ability to hone their skills. With intuitive thinking built in, codeless has layers associated with each field.

Designers can work in a visual interface that allows them to move images and text without relaying what needs to change in coding to a developer.

Business managers can now work with data that can easily be extrapolated into familiar formats, allowing them to make better business decisions.

Developers can focus on higher level application building and have the option of applying their code knowledge within a codeless infrastructure since general hierarchy and functions remain relevant in codeless software.

As a result, everyone gets more time to focus on their niche talent, which enables companies to excel ahead of their competition. The versatility of codeless software makes technology, in general, more accessible, providing more people with the ability to create and use software that provides business solutions.

Increased Opportunities for Employers and Employees

Imagine a world where companies can focus on finding the best developer and not just the candidate who is proficient in Javascript. Job seekers will have more choice in finding a company with the best fit and not just the correct development language. Employers can seek employees whose ingenuity matches their founding vision, unencumbered by the bureaucracy of details.

Although there are those who genuinely enjoy the coding process, codeless software presents an excellent solution for businesses seeking a more versatile software option. Designers, business managers and developers alike can harness codeless software and seize its multiple advantages, all without stepping outside their comfort zones.

Codeless software requires no infrastructure, can meet various organizational needs, reduces cost by not requiring a team of developers and provides risk management by not risking a code of line having a catastrophic impact. Coding software’s benefits are numerous, making it a critical factor in the next phase of smart tech adoption.