The medical field is no stranger to fraud. With so much money changing hands on a daily basis, there are bound to be a few individuals who try to take advantage of the situation.

But one of the most recent developments, involving more than $700 million and Elizabeth Holmes, founder of Theranos, is one of the most significant cases to date. It’s expected to have considerable fallout throughout the entire medical tech industry. 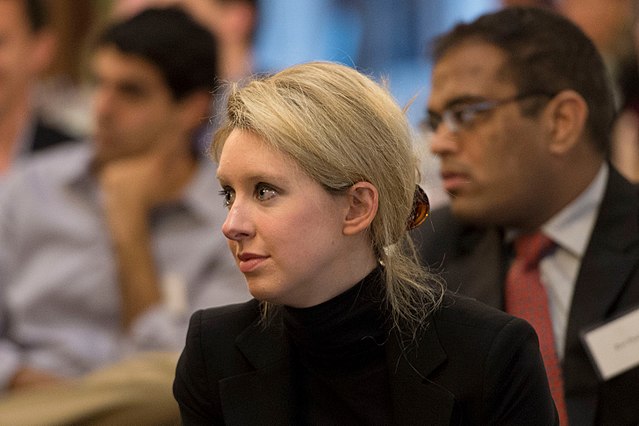 Founded by Holmes in 2003, Theranos quickly developed a reputation for their alternatives to traditional medical testing products. Although she was only 19 years old at the time, she quickly led her company to reach a height of $9 billion in market value.

But Theranos’ success was short-lived. A 2015 report, published in the Wall Street Journal, accused the young enterprise of misrepresenting their products. The expose shed light on their flawed technology and testing procedures, which ultimately resulted in Theranos voiding two years of blood samples.

The report unveiled another bombshell, too — the accusation that Holmes cheated on her required CLIA proficiency exams. Such discrepancies eventually led to new investigations by other media outlets, including the likes of The New Yorker, Fortune and The Financial Times, which uncovered further misdeeds.

She has since been charged with federal wire fraud and has resigned as the CEO of Theranos.

The iPod of Healthcare?

While fraud is rampant in some areas of medical tech, the field is often prone to errors — legitimate mistakes do occur. It’s been reported that 80 percent of all medical bills contain errors such as duplicate statements, incorrect patient or provider information, missing denial codes or claim numbers and more.

But Elizabeth Holmes made significant errors right from the start. While she was savvy enough to model her public image after Apple’s founder, Steve Jobs, she failed to mimic his business prowess.

Although she even went as far as adopting his signature black turtleneck for public appearances, she insisted on personally leading Theranos — which is something that Jobs never did with Apple.

She also failed to maintain a realistic vision for Theranos and their future products. Jobs succeeded because he understood the technology needed for devices like the iPod.

Although the technology existed, no one had ever assembled it in that way — and that’s really where Steve Jobs shined.

Instead, Holmes set her sights on brand new projects involving technology and methodologies that didn’t exist. She was trying to tread new ground in an area she didn’t fully understand or appreciate.

While she referred to a new blood testing product as the “iPod of healthcare,” she had no clear path of progression to reach that goal.

How Will This Affect Future Medical Tech Investments?

Holmes’ misrepresentation and subsequent misdoings have left a sour taste in the mouth of some investors. As pointed out by Michael Greeley, a general partner with Flare Capital Partners, investors are bound to lose faith in new medical tech.

As Greeley pointed out in a recent interview, dozens of investment firms were in medical tech a few short years ago. The number continues to drop significantly, and experts expect further disinterest. Although the situation is grim, Greeley stressed he cannot directly attribute this to Holmes or Theranos — yet.

While breakthroughs like the Internet of Things (IoT), artificial intelligence (AI) and machine learning will continue to evolve and shape the technological development of the medical industry, there’s no telling how much this advancement will suffer because of the Theranos scandal.

It’s hard to imagine a scenario where investors pull out of medical tech entirely, but they’ll certainly think twice before putting their money on the line in the coming weeks, months and years.