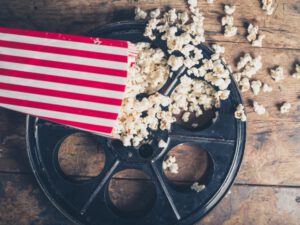 Netflix and the Cloud

It’s official: video has now completed a successful transfer to the cloud. The outstanding example of late is Netflix’s tie with HBO for the most Emmy awards. This is the first time Netflix has tied with HBO in the Emmys, and it’s a clear sign that the guard is changing.

Netflix is an upstart that delivers streaming video, and when it started out, not many of us pictured it competing for awards with the biggest name in prestige television, HBO. Because of the level of competition Netflix’s cloud collection is delivering, HBO and other major names have jumped into the streaming game as well. Other majors who are now in the streaming space include Showtime, CBS, ESPN, DirecTV, AT&T, and Starz.

Notably, Netflix relies on Amazon’s AWS for cloud hosting. With five awards for The Marvelous Mrs. Maisel, including Outstanding Comedy Series, Amazon Prime Video is no slouch in its own regard. Although Netflix is the platform delivering the majority of the award-winning goods, Amazon may be the true disruptor. Amazon Prime Video is picking up momentum, and anyone who watches Netflix should be aware that its level of service would not be possible without Amazon’s cloud capacity and efficacy.

Ever since Netflix released The Square (2014), a documentary that earned the streaming service an Oscar nomination, the phrase “straight to video” has dropped its negative connotation. We can all remember the days when, if a movie went straight to video instead of theaters, it was because the production studio deemed the movie low-quality. Netflix’s use of the cloud to deliver quality content means the phrase “straight to streaming video” can have positive implications.

But the cloud isn’t just a place for big-name streaming services to deliver top notch video. It’s also a quotidian place for all sorts of projects.

Thanks to smartphones and apps, anyone can start filming at a moment’s notice. However, there’s more to it than that — there’s the matter of actually producing the thing for consumption. Any business looking to tap into an audience driven by visual input needs to produce a video that looks professional.

That means it’s very important for marketers and communicators to produce effective videos. After filming, editing begins, and that’s where cloud steps in. There are multiple cloud-based video editors vying for space, and some of their features are about as novel as it gets. For beginners, Magisto uses AI to detect emotion, pick music accordingly, and make transitions — effectively editing the video for you. It also provides a huge library of stock videos. WeVideo includes cloud storage and the option to edit footage offline. And Loopster allows teams of people to edit videos in the cloud, with a ton of visual effects and sound effects available to users.

For people who are serious about editing in the cloud, Adobe Creative Cloud is the same SaaS that James Cameron used to work on Avatar. The production teams for Deadpool and Gone Girl also used Creative Cloud’s Premiere Pro application.

Storing Video on the Cloud

Although there’s a lot of creative freedom and innovation going on with video on the cloud, a survey conducted by EverPresent revealed that 82 percent of families aren’t confident their videos are backed up on the cloud. In other words, storing valuable videos and photos isn’t the primary priority for consumers, even though they might wish otherwise. Particularly when it comes to Apple products, backing up smartphone and tablet data is more of a nuisance than anything else.

Reporting some of the latest findings from Cisco, ZDnet points out that streaming video, social networking, and search are among the most popular cloud applications for consumers. Once people really begin transferring their digital videos to cloud storage in earnest, and as streaming video becomes the main game in town, cloud data centers are going to see an astronomical amount of traffic. That’s because video takes up so much space, and streaming video takes up a lot of bandwidth.

It only makes sense to store and stream videos on the cloud, and since that’s the case, it looks like mega-companies like Amazon and IBM stand to win out with their IaaS solutions — even more than they already are.