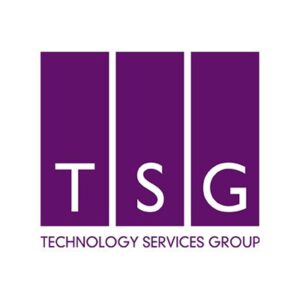 TSG And Microsoft: Let Your Sales Force Spread The Love

In the highly competitive world of IT service companies, it can be hard to find one you trust. But to find one you both trust and love would be quite remarkable. Love is not a term that echoes very often around the virtual hallways of the cloud, but it certainly resonates with the 400 strong team at UK-based TSG (Technology Services Group) who recently celebrated the company’s 10th anniversary.

As they continue to help customers move forward by adopting the latest technologies, love is certainly a term that they would apply to the ground-breaking new CRM application from Microsoft called Microsoft Dynamics CRM.

Keeping the funnel full and keeping sales reps and support people connected to their customers is as important as it ever was, but given the speed of expectation and communication in the marketplace, a new and better mousetrap is always welcome. With Microsoft Dynamics CRM 2013, the TSG team believe they have that.

Microsoft’s new take on the CRM business actually does use the word “love.” They want their users to love the experience of keeping in touch with prospects, customers, suppliers and stakeholders by transforming the data and activity trail into something that better resembles a portal than a database. User experience is everything and Microsoft’s huge R & D budget has been applied to excellent effect.

Physically, Microsoft has shuffled the screen interface to better resemble its new Windows 8 style of boxy colored tabs, which now hang from the top of the screen rather than occupying the left-hand side. This not only provides a better flow of information (according to Microsoft), but also ties in with latest generation touch-enabled tablets and laptops. In fact Microsoft has been careful to ensure the interface is compatible with a wide range of browsers and screens, thus helping usher in the new age of BYOD, mobility and on-demand for the account rep and business owner.

More practically, perhaps, the entire relationship is available in a collection of easy-to-navigate screens, including notes, a map (Bing, naturally), and the capacity to identify and relate to all stakeholders in the relationship. Microsoft packs this into a series easily navigable windows and focuses on dynamic concepts such as the Activity Feed and Quick Create, for adding data on the fly.

The idea behind Microsoft Dynamics CRM is to create a powerful, game-changing alternative to some of the other well established CRM solutions out there – one which dovetails perfectly with other Microsoft solutions and, of course, can be delivered on the Windows Azure cloud.

“We believe strongly in Microsoft Dynamics CRM 2013,” says TSG representative Paul Ince, and we are working with a number of our customers to take full advantage of what it can offer. It also underpins our new member relationship management product, Tribe, which launches in the Spring and already has a waiting list of customers signed up to join the CRM revolution.”

With their head office based in Newcastle upon Tyne, TSG serves the entire UK from its network of twelve regional offices.

According to David Stonehouse, CEO at TSG, whilst much has changed in the industry, there have been many constants. “In reality, it’s very rare that the technology itself is actually the story,” he says. “What matters is what technology can do to enable effective and efficient processes and most importantly drive excellence and best practice.”

“The emperor has worn many new suits of clothes over the last decade and our industry is undoubtedly prone to hype and over-excitement, much of which drifts meaninglessly above the heads of business leaders and owners who are too busy doing what they do to notice. However, cut through the hyperbole and I believe there’s little doubt that technology is more important than ever for businesses who are determined to drive their competitive advantage and that’s certainly where Microsoft Dynamics CRM 2013 will come into its own.”

Their diligent approach, under Stonehouse’s watchful eye, has resulted in an impressive collection of accolades from the industry heavyweights with whom they work including five Gold Competency partnership awards from Microsoft, as well as high-level partner accreditation from Sage, HP, Dell, Symantec, VMWare and many more.

CIE-Group, for example, a provider of audio-visual services, chose to work with TSG and Microsoft Dynamics CRM to improve a wide swath of operational issues which had slowed in recent years, including integration of customer, product and pricing databases and the integration of the CRM system with its e-commerce CMS.

ROCOL, the UK arm of the U.S. Fortune 200 multinational, needed an effective method to consolidate its siloed business units, each of which used separate databases. The company needed to ensure that not only was the data centralized, but that it was also available offline.

CRM has always been touted as offering a “single source of truth” for organizations but, depending on the skill with which system has been deployed and developed, that’s often been far from the reality in practice. TSG believes that Microsoft Dynamics CRM 2013 offers the potential for a genuinely different experience.