As early as 2014, Gartner analysts were touting the benefits of communication hubs as a means to improve WAN performance. In a blog post by analysts Andrew Lerner, and a related research note by he and Sorell Slaymaker the recommendation was that IT leaders looking to use a cloud-based infrastructure and/or application services should “strategically place communication hubs outside the enterprise data center.”

A communication hub consists of racks of networking equipment that are typically deployed in carrier neutral co-location data centers. Then these data centers are interconnected with high-capacity, low-latency circuits to create a high-performance core network. Ethernet is the predominant, and most cost-effective method for connecting hubs at speeds of 1, 10, 40 and up to 100 Gbps.

At the edge of this network, an enterprise can interconnect with its existing carrier services, whether they are MPLS networks, dedicated internet access networks, Ethernet, or private line services. The organization also can directly connect its branch offices, remote and mobile users, partners, and of course, its core data centers. 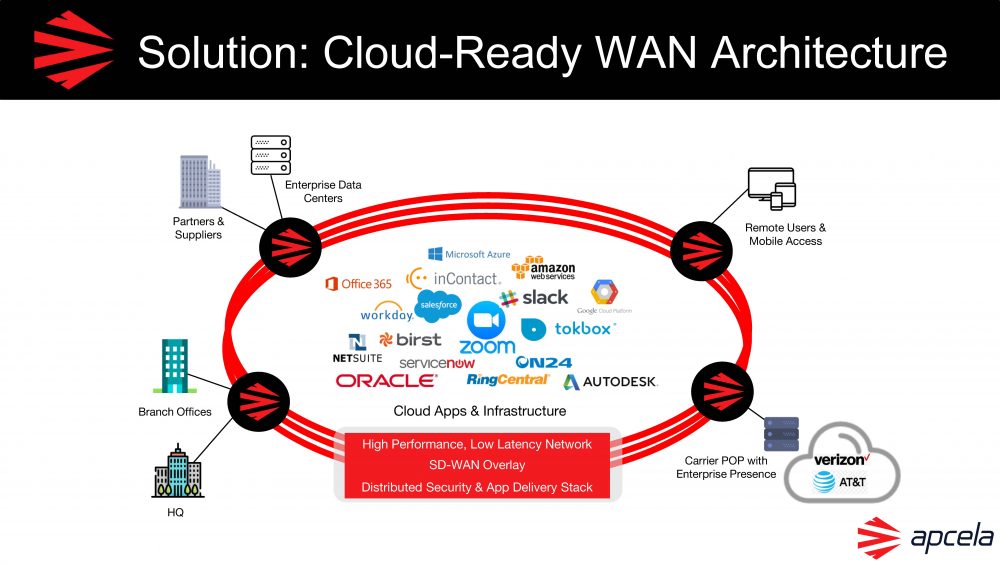 Creating a WAN backbone architecture based on network hubs connected with high-speed links provides many benefits to the enterprise. Here are three good reasons for enterprises to base their WANs on communication hubs.

1)  Base the network on a neutral environment.

The environment where MPLS networks are anchored on enterprise data centers comes from the time when all the applications were hosted in those legacy On-Premises data centers. Companies spend a lot of money to support those on-premises data centers, and they truly do become anchors. Business evolves for large enterprises, but it’s hard to change, move or even consolidate those physical data centers to accommodate business evolution.

For example, many enterprises that have gone through acquisitions experience sprawl, where they have many sites with a large number of servers. Though they wouldn’t necessarily call those sites data centers, that is, in fact, what they are because of the amount of compute capacity in those locations. When it comes time to consolidate some of this capacity, it’s very hard to make changes because the network has unofficially anchored itself to those locations.

By getting established on communication hubs, an enterprise can re-anchor its network on a neutral environment. The organization won’t be tied to physical sites it might want to get out of someday, whether that’s a branch site with a lot of servers or a full-blown data center. This gives the enterprise flexibility with its real estate and the ability to consolidate compute resources.

2) Get economical access to a broader range of services.

Building out a communication hub brings an enterprise to the market where there are more resources available, and at lower cost, than if the enterprise brings the market to its own data center. Consider the enterprise that has these premises-based data centers, and it has had one or more carriers deliver their facilities into the data centers. This creates natural oligopolies, in which the carriers can set whatever prices they want because a competitive market for their services doesn’t exist.

This scenario is perfectly demonstrated by a large bank that had two proprietary data centers that needed to be connected to support a critical application. The bank needed about 60 gigabits of capacity between the data centers, leading them to install six 10 gigabit links, each costing about $25,000 a month. Thus, the connectivity for this project was $150,000 a month. There were carrier-neutral communication hubs in the same cities as the bank’s two data centers, and 10 gigabit links were priced at $2,500 per month in those hubs. The bank was paying a 10x premium for its connectivity because it was bringing the links into its own private environment where no market existed, rather than using the existing market of the communication hubs, and connecting its data centers to the hubs with high capacity lit or dark fiber rings.

A communication hub is essentially a virtual data center, so it’s possible to deploy security at these locations, rather than having it in every branch or internet breakout point where the cost to deploy a firewall and an entire security stack would be exorbitant.

Other benefits for the use of communication hubs includes:

Clearly, communication hubs are a logical strategy to improve WAN performance and costs.