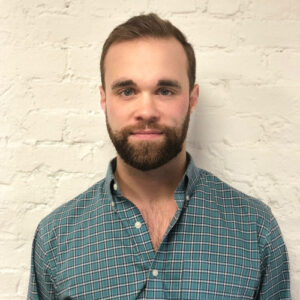 Your lifestyle, behavior, and attitudes can affect your health, and increasingly health insurance companies are finding ways to gather that information on you.

With the rise of technology, many companies are compiling data sets that help them determine how to set prices for policies. As a recent LendEDU survey revealed, Americans are generally uncomfortable with their personal data being used in this manner.

For example, IBM Watson Health conducts a survey of 80,000 Americans every year to look at trends in health care. Through a series of questions, the company collects information on participants’ financial problems, Fitbit usage, whether they trust their doctor and other personal facts.

The information is then grouped by adjacent households, and IBM Watson health can analyze the social and economic details. That data can then be used to let insurance companies gauge a market for their health insurance policies. If one area in a city has people with significant health issues or pockets of unhealthy behaviors, the insurance company might deem that area as too high of a risk to insure.

IBM Watson Health isn’t the only company out there trying to collect information that can help cut back on company’s risk while providing insurance. Using data to determine policies is becoming an increasing trend.

To learn how consumers feel about insurance companies using data to help determine rates, LendEDU conducted a survey of 1,000 U.S. adults. The participants were randomly selected from a pool of more than 100 million people.

The results showed that Americans are uncomfortable with the idea of an insurance company using their data to decide what their risk is when insuring them. In the survey, 72 percent of participants said the practice shouldn’t be allowed. They said they were uncomfortable with the fact that insurance companies were making decisions about their insurability and risk classification based on their personal information and habits.

Another 15 percent of respondents said they felt comfortable with insurance companies determining their risk with these methods, and 13 percent said they weren’t sure how they felt about it.

While many respondents said they don’t like the idea of data ruling their insurance rates and risk classification, they said they understand how the information collected could be useful to the businesses. Of those surveyed, 69 percent said they think their social and economic factors play a significant role in their overall health, so they could see how that information could be beneficial for insurance companies.

Still, 20 percent of respondents said they did not think there was any correlation between their specific economic and social factors and their health. The remaining 11 percent said they weren’t sure if there was a connection.

If their everyday health information could help them land a cheaper policy, 49 percent of those surveyed said they would allow insurance companies to access that information. But 32 percent of those surveyed still said they wouldn’t want insurance companies to use their data even if meant cheaper rates, while the remaining 13 percent weren’t sure.

Tech companies like Facebook routinely use private data about people to run targeted ads that may entice those people into buying products or services they may enjoy. One of the questions the LendEDU survey posed to participants pertained to which is a bigger threat to a person’s personal privacy – tech companies using that information or insurance companies?

The results showed that the majority, 55 percent, believed the way insurance companies are collecting data is an equal threat to their privacy as the way Facebook collects data. Another 10 percent of respondents said insurance companies using that information was the greater threat, and 8 percent weren’t threatened by either group using their information. The remaining 7 percent said they weren’t sure.

Like It or Not, Data Is the Future of the Insurance Industry

No matter what people think about this newest form of data collection and usage, this trend shows no signs of slowing in the insurance industry. Afterall, this is an industry that is constantly researching and testing new ways to reduce expenses and risk to maximize profits. Using this personal data is one way they can achieve these business goals, so they are unlikely to drop the practice.

Michael Brown is a Research Analyst at LendEDU, a personal finance company. Michael uses, develops, and analyzes data from a variety of sources to tell a story and identify trends in the personal finance space. A graduate of the University of Delaware, Michael enjoys attending major horse racing days, hiking with his dog, and reading about Ancient Roman history in his spare time.