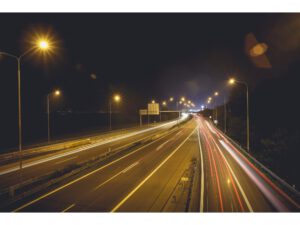 The Overall Implementation of Driverless Cars

The Implementation of Driverless Cars

When is the last time that another driver cut you off?

Is that the only use case for driverless cars on our roads? No, it isn’t, but as you sit there at your computer reading this, is it a good one? Yes, it is a good use case for the overall implementation of driverless cars. And yes, the police often ticket reckless drivers, and having more cameras allows for greater enforcement, but at some point, does that matter?

The more time the police spend chasing, apprehending and monitoring risky drivers, the less time they have to focus on other aspects of their jobs overall. However, there are many additional use cases. Parents of children can appreciate the scary reality of the late night call that your child has been involved in a car accident. That is a call all parents dread, but driverless cars will reduce those calls.

In fairness though, to show and discuss both sides of this issue, you have to consider the downsides of driverless cars. And the first problem is deployment. The race to driverless starts with less than one percent of all deployed vehicles being driverless. There will be a long time when driverless cars are not the only cars on the road, or for that matter, even the majority of cars on the road.

The tipping point for driverless vehicles will probably be between 50 and 60 percent of all cars on the road. Or a faster tipping point would be to make it illegal to drive a car and offering a free retrofitted system for all cars. Even though that gets them to the overall goal faster, is that the best way to go forward?

The last downside is the human being. In the past six months, there have been reports of some problems like accidents involving the driverless cars run by Lyft and Uber. Additionally, there was a fatality involving a driverless car and a pedestrian. Beyond the bad news, there is a negative impression regarding driverless cars. The “my car” is a freedom attitude, so it is the “it’s my car” that remains a blocker to the eventual deployment of driverless cars.

While collision detection reduces the number of rear-end collisions and lane change accidents, it doesn’t remove the reality of distracted and impaired drivers from the road. The question is should humans still be driving?

If humans don’t drive anymore, that driver who wove in and out of traffic and cut you off won’t be driving anymore, either.