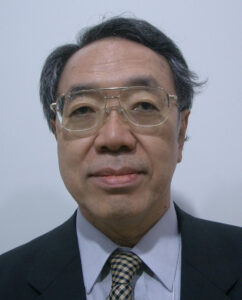 Passwords are so hard to manage that some people are urging the removal of passwords from digital identity altogether. What would happen, then, if the password is removed from our identity assurance?

(1)    authentication by the token alone, with an option of adding another token. Its security effect is highlighted in this cartoon we published 14 years ago.

(2)   authentication by the biometrics deployed in ‘multi-entrance’ method with the token as a fallback measure, security of which is lower than (1) irrespective of however called it may be, with an option of adding another token, as quantitatively explained here.

What a barren desert it would be!

More significantly, the password-less (will/volition-less authentication) is not consistent with the value of democracy. It would be a 1984-like Dystopia if our identity is authenticated without our knowledge or against our will.

‘Achieving higher-security by removing the password’ and ‘Killing the password by biometrics’ are both no more than the hyped myths. Then, what else can we look to as a valid solution to the predicament of digital identity?

The answer is expanding the password system to accept credentials based on our non-text memories as well as the text memories. We call this proposition ‘Expanded Password System’ 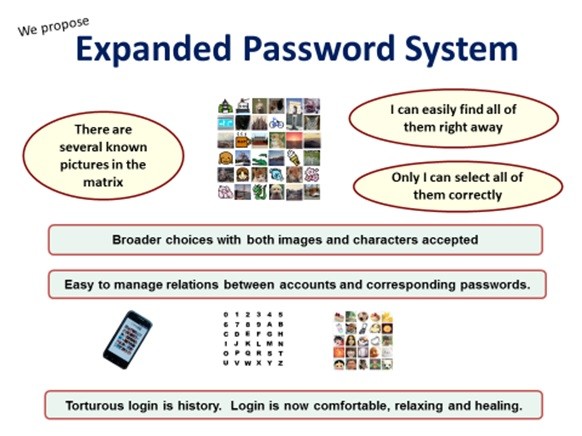 By accepting non-text memories, especially images associated with autobiographic/episodic memories, the Expanded Password System is able to offer a number of excellent features as follows.

– It is not only stress-free for users but fun to use.

– It turns a low-entropy password into high-entropy authentication data

– It deters phishing attacks with this unique feature.

– It can be deployed under any type of circumstance, including combat and other panicky situations.

– It supports existing schemes, such as:

– – Biometrics which require passwords as a fallback means

– Simple pictorial/emoji-passwords and patterns-on-grid can be deployed on this platform.

– And, nothing would be lost for people who want to keep using text passwords

– Last but not least, it continues to rely on free will.

Over the period of 2003 to 2008, the business actually successfully. We saw several commercial adoptions amounting to more than US$1 million, even though handling images was a much heavier task in those days when CPU was slow, the bandwidth narrow and the storage expensive.

It then ceased to grow as people were more and more carried away by the myths of biometrics and password-less authentication which the advocates alleged would kill the passwords altogether, with our proposition included, although we knew that biometrics have to depend on the password as a fallback measure and that a password-less auathentication, if literally implemented, would only bring tragically insecure cyberspace..

After struggling in vain to fight back for several years, we chose to get out of Japan where biometrics vendors were far more dominant than anywhere else, and started to look for bigger chances worldwide. Now, we have some good friends and supporters globally. The writer was invited to speak at KuppingerCole’s Consumer Identity World 2018 in Seattle and Amsterdam. Expanded Password System is now acknowledged as Draft Proposal’ for OASIS Open Projects.

Well, as indicated above, we had come up with not just prototypes but also several commercial products developed for the Japanese clients such as follows:

None of them, however, are well suited for the services and sales on the global markets, since the programs were all written by Japanese engineers for the Japanese clients with no consideration about the operation, support and maintenance outside Japan.

This also means, however, that we will be able to come up with the products for the global market just easily and quickly with a relatively small budget because algorithms are already here and all that we need to do is to re-write the software in English with the updated cryptography.

For a brief glimpse of what Expanded Password System can offer, watch these brief videos.

In view of the global nature of our enterprise, we are planning to set up the headquarters in an English-speaking country where we have easy access to the sufficient business and technological resources.

1.  Become one of the co-founders of a new business entity that we are going to set up as the global headquarters.

2.  Secure a highly privileged status by joining our team at OASIS Open Projects as a voting sponsorship member.

3.  Secure some advantageous position by taking part in the active discussions at the OASIS Projects as a non-voting member.

4.  Consider other scenarios depending on their aspiration and budget.

* All would depend on their judgement on

– how large or small the enterprise of the now-unknown Expanded Password System could grow and how long or short it could survive and sustain,

– as a legitimate successor to the traditional seals, autographs and text-passwords, bearing it in mind that this enterprise could keep a value for social good until humans abandon the digital identity altogether.