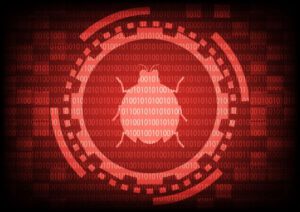 Protect Your Web Applications with a Firewall

As cloud computing moves closer and closer to the center of business operations, there are more threats than ever from malicious players looking to hack or disrupt the flow of data. It seems that every month there are stories about huge data hacks where millions of users’ most private information is stolen by shadowy, well-organized groups of criminals.

In sports, coaches often say that attack is the best form of defense. On the web, that thinking can be applied to the use of firewalls that  can block malicious requests before they reach your server.  The AWS Web Application Firewall (“WAF”) includes a full-featured API, in addition to the AWS Management Console, that can be used to automate the creation, deployment, and maintenance of web security rules.

5 Of The Most Common Attacks You May Experience

It’s not enough to be protected from some threats but not others. A broad overview of the security environment needs to be developed and monitored in real-time.

“Companies are increasingly turning to cloud deployments for their rich feature set, improved time to market and significant cost savings over traditional infrastructure,” according to the CTO of Drawbridge Partners, Viktor Tadijanovic. “While cloud technology can be made very secure, the array of available configurable options must be taken into serious consideration. Maintaining cybersecurity and compliance can be challenging if resource provisioning is not thoughtfully planned, especially as the ease of provisioning new resources leaves the potential threat of resource sprawl and minimal controls. Implementing uniform policies holistically over the entire cloud infrastructure is crucial to maintaining a secure and compliant program.”

One of the most effective tools to monitor your cloud security is through Amazon’s Web Application Firewall that ‘gives you control over which traffic to allow or block to your web applications by defining customizable web security rules.’

Media Temple deploys the AWS WAF via its Managed Cloud offering in order to keep your site safe, reduce potential downtime and protect your customers. Our WAF setup is setup to block 10 universal attacks, and can also be extended to a full custom rule set which will..Prevent hacks and vulnerability exploits

We also make certain that WAF is seamlessly integrated with your Amazon CloudFront so that all your rules run in AWS CloudFront Edge locations that are closest to your clients, as well as the ability to block or blacklist full subnets of IPs.

Security is vital, but it should not come at the expense of performance.

Our state-of-the-art CDN and WAF systems offer you faster load times around the world, as well as reduced bandwidth on your primary server and secure end-to-end encryption for SSL. Together, the software blocks hacks and attacks and virtually patches Vulnerabilities and offers peace of mind for you to deploy your most sensitive applications, and your most valuable data, to the cloud.

Media Temple’s CDN & WAF solution is available for all our hosting customers through our Cloud Managed Services. If you’re ready for a more complete security package, then click here and find out what MediaTemple can do for you.