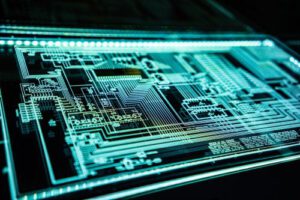 The edge computing market in the United States is forecast to have revenues of over $1 billion by 2025, with manufacturing being the largest user of edge computing services closely followed by telecoms and consumer appliances. Consumers are demanding more network services powering their Internet of Things (IoT) devices and companies are under increasing pressure to move data processing functions closer to the end consumer.

Public cloud networks using virtual servers in centralized data centers used to be the main driving force behind the rapid development of services and products that rely heavily on data processing. We still need centralized data centers to process the vast amounts of data we need to maintain and develop a global knowledge-based economy. However, the booming usage of IoT devices, expansion of streaming services of all kinds as well as the emergence of technologies such as self-driving cars all ask for processing the respective data near the edge of the network, where data is collected.

Moving toward edge computing networks in an inter-connected world is inevitable but we also should reconsider the idea of how they should square with the virtual servers widely used across centralized data centers. New realities require new approaches that actually redefine some major concepts related to cloud computing and emerging in the years after fog computing and edge computing.

Before we start speaking of whatever benefits of edge computing, we need to know what the main driver behind the adoption of edge computing solutions is. A research by Futurum Research and ZDNet shows that companies in North America consider edge computing important because of:

As you can see, most respondents need edge locations to get improved app performance and better data streaming/data analysis results. Edge locations reduce distance which in turn reduces the latency the end user is experiencing, be it a corporate analyst or an online gamer. Some research shows that data is traveling up to 5x faster to an edge location than to centralized data centers.

Edge locations are strategically placed to reduce this distance and, ultimately, the latency that end users experience. For example, data is able to travel to your edge locations several times faster than to cloud provider data centers resulting in more time-sensitive and responsive data processing.

Latency is not the only problem with centralized cloud centers located away from the edge. Edge locations depend to a lesser extent on network connectivity, which increases readability when you compare edge networks to sophisticated public clouds that extend their hardware reach at national and global level. Furthermore, your digital assets will still be operational within an edge network should one or more of them fail.

Improved privacy and security offered by edge computing networks is another marked advantage but it is a function of the already mentioned specific architecture of edge networks.

As you can see, over half of North American enterprises investing in edge computing are doing so because they need faster data streaming and lower latency to end users. Audio and video streaming services are on the rise for a decade now while online gaming is a huge industry that definitely requires speed and reliability.

If we look back at the public cloud solutions available for data and media streaming, we face the huge problems that is often referred to as “noisy neighbor”. Cloud computing infrastructure is taking advantage of the co-tenant concept but it has its drawbacks too. If one of your co-tenants on a cloud server monopolizes bandwidth, disk input and output, inbound and outbound connections and other resources, you end up with worse performance for all other server co-tenants. Thus, other virtual machines and applications that share the infrastructure suffer from uneven cloud network performance.

Moving workloads between cloud servers is a possible solution but you still experience latency as shifting from one server to another also takes time. A bare metal cloud, however, runs applications directly on physical dedicated hardware, thus securing single-tenant environment for your applications and data streaming.

This does not mean that you automatically get best performance, though. The bare metal cloud provider will need to have connectivity with local Tier I transit providers and to multiple direct network peers. In addition to that, the provider’s network must have an implemented strategy and technology for continuous analysis of route performance that automatically reroutes traffic through the best performing path and also avoiding bottlenecks, not always made automatically by the standard protocol BGP.

But edge network provide more benefits than that. Energy costs for cooling can literally eat up your profit if you decide to build a large data center in-house. A few smaller data centers on the edge of the network can achieve considerable savings on electricity bills as opposed to one huge data center. A report by Schneider Electric says that while an enterprise could spend about $7 million for building a traditional 1 MW facility, it would spend only $4 million to deploy 200 facilities of 5 KW each.

Simplified maintenance is another major benefit of placing computing resources closer to the edge, whether you are a large company investing in a corporate data center or a small business benefiting from low latency and fast computing speeds offered by someone else.

Edge devices such as mobile gadgets, smart IoT devices and industrial equipment can now store data in the range of hundreds of megabytes and offer computing resources comparable to those that enterprise-grade computers had a few years ago, which in turn creates further opportunities for moving data and computing resources to edge locations.

When the new generation of 5G networks hits the market on a global scale, edge devices will be able to take advantage of higher bandwidth that legacy on-premise data centers cannot provide. If combined with bare-metal clouds in strategic locations, you will have the data streaming speeds which are unimaginable today and will also have distributed computing power that depends on the sum of its devices but does not depend on a single device to survive possible failures.

Sure, there will always be discussions about the privacy and security of the edge networks but the same applies to public clouds and for any network that is connected to the outside world.

Discussing the advantages of edge computing over traditional cloud data centers does not mean these two are rival technologies. The cloud computing concept eventually gave birth to fog and edge computing and the cloud will provide much of the backbone infrastructure for the coming edge networks.

Both concepts are about application and data processing performance while each of them benefits from the unique advantages of the underlying hardware and software infrastructure. That is why we have coined the term “fog computing” where you maximize the potential of both approaches by using edge computing in combination with centralized cloud computing. In any case, you should start with adopting dedicated and single-tenant physical servers to unleash the potential of both cloud computing and edge networks.