FinTech and Blockchain vs Traditional Banking


“The Rise of FinTech – New York’s Opportunity for Tech Leadership“, a report by Accenture and the Partnership Fund for New York City, reveals that global investment in FinTech endeavors has tripled to nearly $3 billion in 2013 from approximately $1 billion in 2008. According to Economist, in 2014 FinTech firms attracted $12 billion in investment, and Goldman Sachs estimates revenues in the sector worth $4.7 trillion. Uniquely, this investment seems to be happening in a rather geographically dispersed manner. Most recently, the global fintech market was valued at about $127.66 billion in 2018, and is expected to grow to $309.98 billion at an annual growth rate of 24.8% through 2022.

Fintech, a term typically describing the small financial start-ups competing with established financial institutions, is increasingly playing a role in our business and private lives, making use of analytics, mobile platforms, digital technology and more. With increased consumer expectations and heightened security concerns, interest in the fintech sector is at an all-time high. 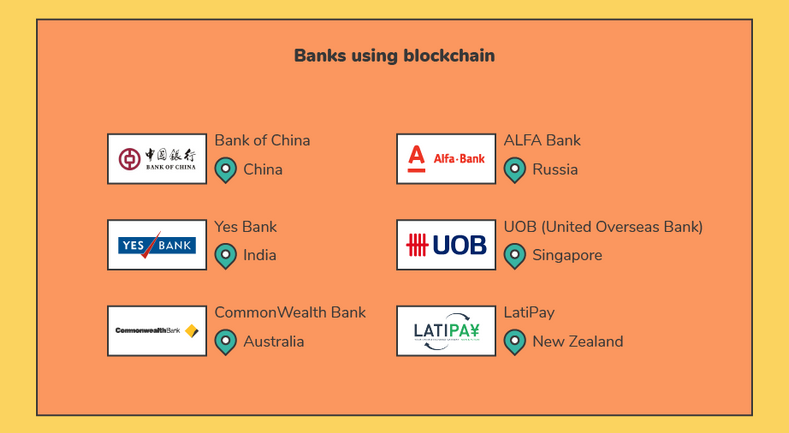 Though there’s much hype around financial technology firms, and they’re certainly shaking up the financial services sector as a whole, many experts don’t believe they pose an immediate risk to the systems already in place. Including services such as peer-to-peer lending, crowdfunding, and app-based payment tools, fintech developers are forcing financial services to evolve into a more customer-centric sphere than previously experienced, and many customers are more than happy to bypass the haughty attitudes of financial institutions of old and deal instead with innovative and vibrant fintech services.

The fintech sector is, however, still tiny and though perhaps encouraging traditional institutions to change more quickly than they might have otherwise, fintech alone won’t be dominating the financial services sector anytime soon. Of course, there are a few progressive financial institutions that aren’t waiting for the future competition but instead are merging their brands with fintech firms and helping them go mainstream. This combined effort provides a unique benefit to both old and new as the disrupting fintech firms foster better customer engagement and original products while the conventional financial powerhouses support the union with their resources and networks and provide responsible and trustworthy foundations.

But just because fintech isn’t yet competing directly with many of the larger traditional financial institutions doesn’t mean it won’t in the future. For this reason, some countries are being cautious with their fintech regulations, concerned that they might repress a promising sector but equally aware of the necessity for proper controls and security. In the US federal regulators are considering a new regulatory framework for fintech organizations, while various states have already implemented their own guidelines. Since digital currencies and blockchain form a fundamental part of many fintech products and services, regulating the fintech industry as a whole becomes an intricate web.

The future of the fintech industry isn’t yet clear, though most are confident that fintech will have a substantial role in years to come. As traditional financial services organizations explore strategic advances to ensure they remain competitive, fintech solutions continue to blaze the trail, sometimes providing inspiration, and yet other times serving as a cautionary tale. The World Fintech Report finds that already 50.2% of global banking customers are using fintech products or services, and in fact, many are using solutions from a range of fintech providers suggesting a threat to traditional banking loyalty. It’s unsurprising too that the technology is more popular with younger, affluent, tech-savvy users looking for value for money over a one stop shop. Further, it appears that emerging markets typically show the highest adoption rates, with China at 84.4% and India at 76.9%.

As the overall financial services sector undergoes a dramatic shift, the consumers often come up trumps as they’re provided with a range of services both old and new to suit differing risk appetites and product requirements. There is indeed much work still to be done by those in the industry and those who manage and govern it, but for a while yet we’ll see a burgeoning market.

Much More To FinTech Than Banking And Insurance

With some of the technologies that could incorporate FinTech including big data analytics, Machine Learning and cognitive computing, digital currencies and blockchain, and mobile payments, startups and investors have the opportunity to get involved in this relatively new, though quickly expanding, market. Swallowing a large piece of the financial services pie, these “disruptors” are seen as a threat to traditional banking institutions. In an attempt to smooth this conflict, a matchmaking service named Matchi has been developed, helping the old boys of traditional financial institutions and the upstart FinTechs integrate and form meaningful networks. But there’s a lot more to FinTech than banking and insurance.

FinTech companies are reducing fraud, easing payment processes, saving money, and promoting financial planning. Applications of cryptocurrency block chains for problems such as online identity, and leveraging large amorphous social media data sources for better underwriting decision-making, are a few advances being researched and implemented by FinTech companies. However, it should be noted that the financial industry has traditionally been dominated by big firms that are often resistant to change – the big banks being a prime example. This psychological obstacle may prove to be a fundamental challenge, and FinTech companies hoping for widespread adoption of new financial technologies have a lot of work ahead – overcoming institutional apathy and regulations, and both acquiring and retaining public trust.

O’Reilly Media’s Radar investigated the focus of FinTech innovation and found data, lending, payments and international transfers, and small business financial solutions at the head of the pack. Data analysis is being utilized for better decision making, and some startups are predicting loan success and providing better methods of loan preapproval. New payment methods continue to emerge, and FinTechs in the crowdfunding and peer to peer lending environment are often better able to understand lending and return on investment. The variety of FinTech services available to small businesses is extensive, with solutions for accounting, invoicing, payroll, and currency exchange. Just a short distance behind the leader (data) sits a group of FinTech companies related only because they don’t fit into any of the traditional categories. FinTech isn’t only innovating in developed sectors, but it seems it’s pushing these boundaries too and exploring typically unchartered territory.

Blockchain, typically understood as the technology that powers the virtual currency bitcoin, in fact, provides market applications far beyond cryptocurrencies. It’s expected that the fintech industry will be the first area in which we’re likely to see the majority of new blockchain applications emerging, but the technology is already present in a host of diverse areas and is expected to continue its advance rapidly in the near future.

A blockchain is a distributed database which means that the devices used for the database storage aren’t all connected to a single common processor. Essentially, an increasing list of ordered records, or blocks, is maintained, with each block timestamped and linked to a previous block. For security purposes, this means that users can only edit the parts of the blockchain they own, while the entire distributed blockchain is kept synchronized. The distributed timestamping server means that security is built into blockchain systems but allows for autonomous and decentralized Database Management.

The value of blockchain is that although it allows for information sharing, it also provides a high level of security that is relatively easily preserved at very little expense. Because it’s able to record transactions, ascertain identity, and verify contracts, users can do away with the third-party intermediary that would typically ensure transactions are securely and validly processed. It’s fairly obvious how beneficial this is in finance, but such secure digital contracts also provide important applications for the smart grid, medical information sharing, and regulation of intellectual property.

Though blockchain application advancements have been seen in past years, it’s an unchartered area for most. Businesses, however, eager to rid themselves of superfluous costs (i.e. middlemen) are quickly recognizing the value of this technology and finding new ways to manage transactions utilizing the technology. And individuals should be aware that many of the companies they employ are, in fact, third parties, adding their own fee to the overall transactional charge. Imagine if we were fully exploiting the benefits of blockchain technology, cutting Uber out of ride sharing, publishers out of our eBook sales, and music studios out of song purchasing? Such scenarios, of course, have their drawbacks, but it’s another important way that technology is empowering consumers.

Currently, blockchain regulation is sorely lacking, resulting in low utilization due to fears around its safety. Some countries, however, are already implementing regulation for bitcoin, and many are researching the use of blockchain; eventually, we will need a globally standardized regulatory framework to manage this technology should we truly wish to enjoy its full benefits. 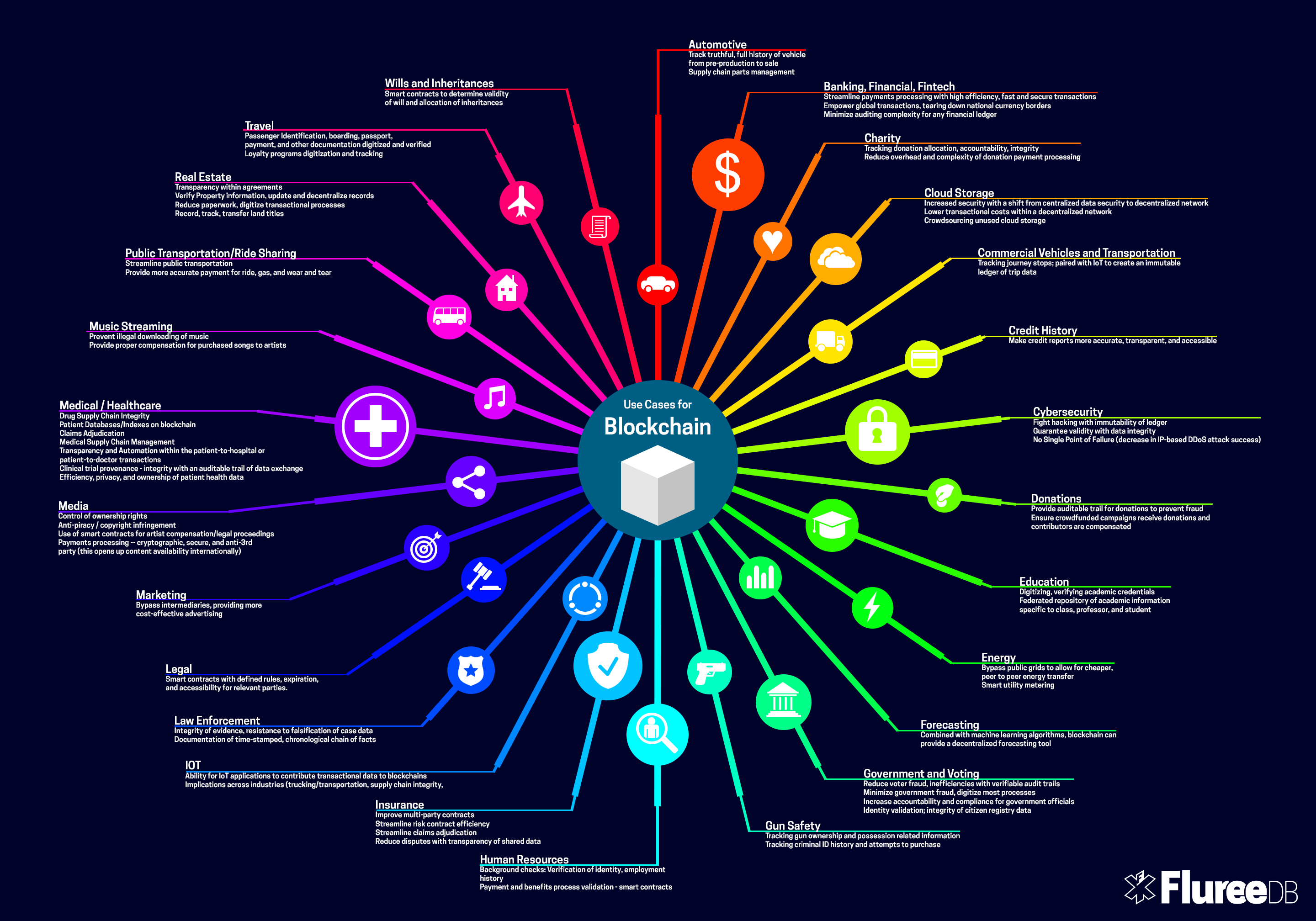 Aside from digital currencies, blockchain is already used in a few innovative systems, and being investigated for employment in many others. In Estonia, it’s now possible to get married digitally, with marriage certificates stored in a blockchain and notaries or registry offices done away with. Lufthansa is exploring blockchain technology for the documentation of aircraft components, helping dispense with counterfeit parts and prevent falsification of hours flown. And e-voting systems could, with the aid of blockchain technology, obliterate fraud and errors in voting, while simultaneously encouraging more people to participate in elections through the convenience of a digital system.

With regards to fintech, it’s unsurprising that the technology is so popular, with proponents insisting that cracking the security is impossible, information validation and control is absolute, and transaction timescales minuscule. Blockchain also provides transparency as transactions can’t be changed or deleted, and are publicly viewable, and users are wholly in control of their information and transaction records.

The potential applications are considerable, exceeded only, perhaps, by the vast number of benefits this secure but highly transparent technology offers. As more and more of us get our head around what initially seems a confusing contrivance, we could find blockchain offering us far more ingenious and safe applications that benefit us day-to-day.