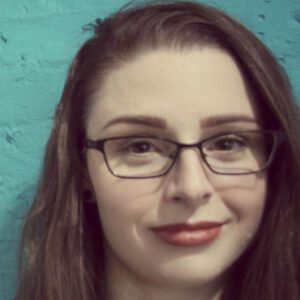 What You Need to Know – IoT and Real-Time Operating Systems

However, what’s really happening is that the tasks’ response time is so fast that they only seem to happen all at once. Air traffic control frameworks, military equipment and some medical devices are some examples of things that may include real-time operating systems, also known as embedded software.

A person developing a tool that needs a real-time OS can set priority levels for each task, or thread, undertaken. Then, the structure knows which to handle first.

Many Internet of Things (IoT) devices give up-to-date information. So, how likely is it that people who develop IoT operating systems might opt for the real-time variety?

Although real-time operating systems (RTOS) have been around far longer than IoT appliances, projects are underway to investigate the feasibility of one specifically for IoT gadgets. For example, the Linux Foundation is hosting the Zephyr Project, which seeks to build an RTOS for IoT tools. It’s an open-source, community-driven effort focused on innovation.

Also, Wind River has a product called VxWorks, which is another real-time OS for the IoT. Similarly, IntervalZero is another provider of real-time operating frameworks that work for IoT designs. This company takes the position that these operating systems are essential for IoT tools.

People interested in exploring real-time operating systems have a full list of possibilities to consider. Also, well-known names in tech are often associated with these programs. Amazon owns a real-time OS brand, Amazon FreeRTOS, for example.

Moreover, Microsoft moved ahead with a 2019 acquisition of ExpressLogic, a California-based company that built the ThreadX RTOS. Microsoft reportedly wants to make it easier for companies to use the IoT and unlock its respective technological capabilities, especially if they already use some of the brand’s products, such as Azure Sphere.

When manufacturers are familiar with the companies offering RTOS for IoT devices, they may be more eager to see if a real-time method could enhance the performance of their IoT designs in development. IoT operating systems play significant roles in how connected gadgets function and what capabilities they offer.

A September 2019 report published by Global Market Insights tapped the increasing prevalence of RTOS in IoT applications as one of the driving factors behind the sector’s anticipated growth.

More specifically, the research company expects a combined annual growth rate of more than 6% for the period between 2019 and 2025. The outlet also confirmed that, in 2019, the market worth already surpassed $12 billion.

Analysts from Global Market Insights also confirmed that advanced RTOS options allow developers to build ever-smaller IoT devices without compromising on performance or security. The continual growth in the RTOS market, combined with the increasing adoption of IoT gadgets around the world, may cause developers to conclude that they shouldn’t overlook using a real-time operating system if doing so might improve their designs.

What’s Next for RTOS and the IoT?

Even as early as 2016, people were weighing in to dispel myths that might otherwise discourage a developer from considering an RTOS when looking at IoT operating systems.

For example, some common assumptions were that IoT electronics did not need real-time operating frameworks, or that other options, such as a polling loop architecture, would work as well as an RTOS.

But as is evident from the examples given here, there are already numerous companies ready to offer real-time operating systems for IoT appliances, as well as groups improving what’s already available through collaborative efforts.

However, any progress made must prioritize security concerns. In July 2019, Wind River announced 11 Vulnerabilities associated with its VxWorks real-time OS. Although the company issued a patch to fix them, an unsettling fact is that approximately 200 million devices were running the flawed operating system version at the time of discovery.

As people begin to show interest in how real-time OS could make the IoT even more powerful, opportunities to collect or use data in new ways could emerge. That outcome would benefit the IoT sector as a whole and not just the machines using RTOS technology.

As the markets for both RTOS and the IoT gain momentum, the progress achieved in each sector could prove mutually beneficial. IoT devices are well-established in the marketplace, but a real-time OS could make them even more fit for purpose.

Conversely, as individuals investigate using real-time operating systems to help IoT gadgets work, the companies providing those offerings should prosper and be well-equipped to keep improving their products.