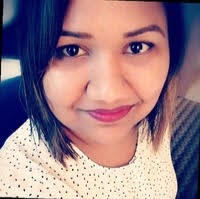 COVID-19 has brought the world to a near standstill. From NBA to Met Ball and Coachella, all major events and festivals are canceled. Disneyland is shut and movies are postponed. Flights are grounded and public transport is operating skeletally. The economy has taken a major hit and businesses are grappling to keep their heads above water. In the wake of this crisis, people world over are looking at extreme uncertainty in the eye, both personally and professionally.

Yet in the true spirit of humanity, even in this hour of pitch darkness, we continue to fight one of our toughest battles in decades. Doctors, nurses, and hospital staff are clocking in hours at a stretch to care for those in need. Government bodies are putting in their all to ensure communities survive this crisis. Researchers and academicians are hard at work developing a vaccine to fight the disease. Numerous other locals and civilians too are working day in and day out to help us get through these difficult times. Amidst all this, one unlikely hero that has emerged is technology.

China, where the infectious coronavirus spread began towards late last year, seems to have finally contained the disease, thanks to its aggressive approach. Among other things, the country took advantage of its technological supremacy to track every single one of its cases, speeden contact tracing, crack down on rumors and misinformation, reduce physical contact and more. China’s ability to adapt and fight back is evidence that their investments in Artificial Intelligence, Robotics, Machine Learning and other technologies is paying off. For the rest of the world that is in the grips of the pandemic right now, China has demonstrated how the modern-day technologies can be used to combat an epidemic.

Technology, an enabler in the coronavirus battle…

Evidently, China tapped into its technology prowess to detect, monitor and fight the spread of the pandemic. The disease has become the testing ground for many of the advanced technologies which are now making significant contributions in tackling its spread.

Robotics: In China’s worst-hit Wuhan, a hospital staffed by robots was opened earlier this month to relieve exhausted healthcare providers. The robots and the IoT devices at the facility can screen patients through a 5G thermometer to alert staff about anyone feverish, smart bracelets and rings can monitor the vitals – temperature, heart rate, and blood pressure – of patients, doctors and nurses, and robots can provide food and medication to the patients to avoid physical contact. Humanoid robots like Cloud Ginger have also been launched that can offer useful information and even entertainment to patients among a multitude of other things. 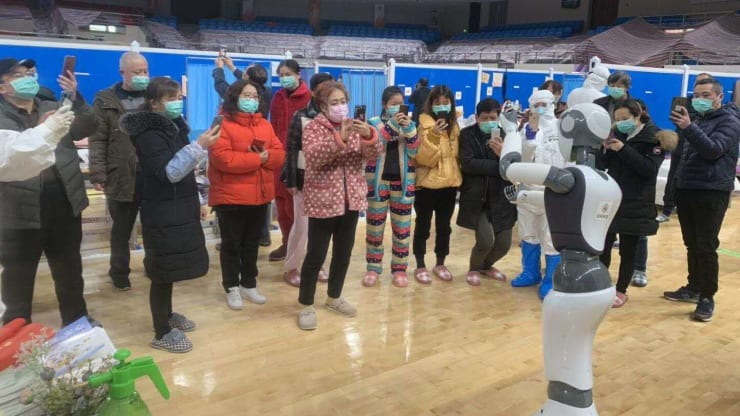 UVD Robots, a robotics company based in Denmark developed robotic machines that are being deployed to detect contaminated surfaces and emit ultraviolet light to kill the viruses. These robots can move around autonomously and emit rays 360-degree from its mast, a technology that has come to great use in China and now in Italy to fight fomite-based transfer of the infection.

Telemedicine: Telemedicine has seen a surge post coronavirus spread. For a disease that is as easily transmissible as COVID-19, to be able to consult doctors without an in-person visit is proving to be a boon. In China, JD health, a telehealth company has seen a tenfold increase in demand since the coronavirus epidemic began. Similarly, select hospitals in the U.S.A have also been reported to be using virtual visits to screen patients for the novel virus.

Drones: To increase the speed of delivery and avoid contamination, drones are being deployed to deliver medical supplies and patient samples. These unmanned air-borne vehicles are in use to transport medical samples between Xinchang County’s disease control center and the People’s Hospital. In several countries, monitoring social distancing and home isolations has also been made possible through drone-based surveillance.

Artificial Intelligence: Many AI companies are demonstrating the possibility of tracking the virus to control outbreaks. Infervision, for Instance, launched an AI solution that helps healthcare workers detect and monitor the virus efficiently. On similar lines, Alibaba’s AI-powered platform has ramped up the diagnosis speed of the disease and delivers 96% accuracy.

In several parts of the world, technology is also being engaged to develop drugs. Google’s DeepMind used AI algorithms to understand the protein structure of the virus, a study which was then published publicly to help develop treatments. Yet another company, BenevolentAI, that is committed to developing drugs for uncommon diseases, learned from thousands of early cases in China and used its predictive capabilities to suggest existing drugs that might cure COVID-19. Supercomputers by Huawei, Tencent, DiDi are being heavily relied on to run calculations and model solutions to fast-track the development of a drug or vaccine. Chinese tech giants like Alibaba and Baidu are offering free AI technologies and computing capabilities to enable the research institutions in studying the virus. Baidu, for Instance, open-sourced LinearFold, its algorithm that studies RNA structure of the virus to enable scientists to learn how the virus invades the cells and develop a vaccine. In fact, with LinearFold the prediction time has reduced from 55 minutes to 27 seconds.

Chatbots: Answering queries by the public and even advising individuals whether they need to undergo screening or simply self-quarantine for 14 days has taken pressure off the shoulders of government and hospitals. It is also reported that in Shanghai and a few other cities, chatbots are equipped to call people deemed at high risk to monitor the virus spread. Infrared cameras are in use in public places to identify people with temperature and this is also believed to have been combined with a facial recognition system that helps Chinese authorities trace the infected and also ensure people obey self-quarantine. In fact, reports suggest that people who flouted the quarantine were called upon by the authorities given the efficiency of the facial recognition system.

Mass surveillance through facial recognition systems and infrared cameras gives the authorities unregulated access over personal data. Such unmonitored access to data for tracking raises questions around data privacy. While times are critical now and the need to be on top of the issue can be seen as necessary, the possibility of these measures staying in place even after the situation eases can pose a major threat to the privacy of individuals.

This is a very critical time for all of us. How we, as a global community, respond to the pandemic will determine the course of all of our collective future. And in this endeavor, technology is proving to be a great ally in tracking, monitoring and fighting this novel virus.