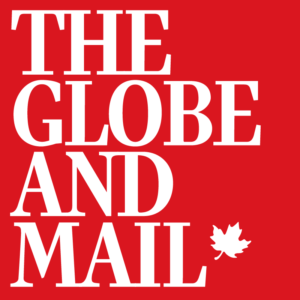 Wealthsimple Technologies Inc. is closing in on a landmark financing deal, backed by some of Silicon Valley’s leading venture funds, which will make the Toronto-based online bank challenger one of Canada’s most highly valued private technology companies.

Sources close to the transaction say several new investors are in the advanced stages of completing a deal to invest $700-million or more for an equity stake in Wealthsimple. These include Dragoneer Investment Group, DST Global and Iconiq Capital and Canada’s Inovia Capital, as well as existing investors. The deal is being led by past investors and U.S. venture-capital heavyweights Greylock Partners and Meritech Capital Partners.

The transaction, which could be announced as early as Monday, would value the seven-year-old company, led by CEO Mike Katchen, at roughly $5-billion.

The deal represents a substantial bump in valuation from Wealthsimple’s last financing just seven months ago when it raised $114-million led by TCV, Greylock and Meritech, valuing the company at the time at $1.4-billion. The Globe and Mail is not identifying the sources because they are not authorized to speak on the matter.

The investment would represent what is believed to be the largest private financing of a Canadian startup and cement Wealthsimple’s status as a serious challenger to incumbent financial giants, particularly among the millennial-aged customers it has heavily courted through online advertising and marketing.

Dragoneer is an investor in one of Canada’s largest and most valuable private technology companies, PointClickCare Technologies Inc., and a past backer of Airbnb, Alibaba, Facebook, Netflix, Spotify and Uber. Hong Kong-based DST, led by internet entrepreneur Yuri Milner, has backed many of the same companies and specializes in buying into later-stage internet companies.

Inovia is one of this country’s leading venture-capital companies and a backer of some of the most valuable startups based in Canada or led by Canadians, including Sonder Holdings, Inc., AppDirect Inc. Hopper Inc. and Lightspeed POS Inc.