Cloud Mining and the GPU Shortage


Cryptocurrency seemed to take a jump this year to a new level of internet hype. Bitcoin hit $60,000 and Elon Musk’s tweeting about Dogecoin made millionaires out of memelords. Alongside this new wave of interest there has been a heightened interest in mining crypto-currency.

Mining cryptocurrency industry is the process of building the blockchain – slowly adding data as users make transactions on the network. It involves solving math problems called hashing and is how crypto-currencies process transactions- this requires an outrageous amount of computing power and is the reason Bitcoin and other cryptocurrencies need so much power. Satoshi Nakamoto, the creator of Bitcoin incentivized people to maintain Bitcoin’s blockchain by rewarding them with newly-minted Bitcoin. This helped to give miners confidence their work will be rewarded.

The pandemic and the increase of crypto mining has led to a worldwide shortage of GPUs. A GPU is a Graphics Processing Unit, a specialized processor designed to accelerate graphics rendering. It can process many pieces of data simultaneously, making them useful for machine learning, video editing, and gaming applications – as well as for mining cryptocurrency. 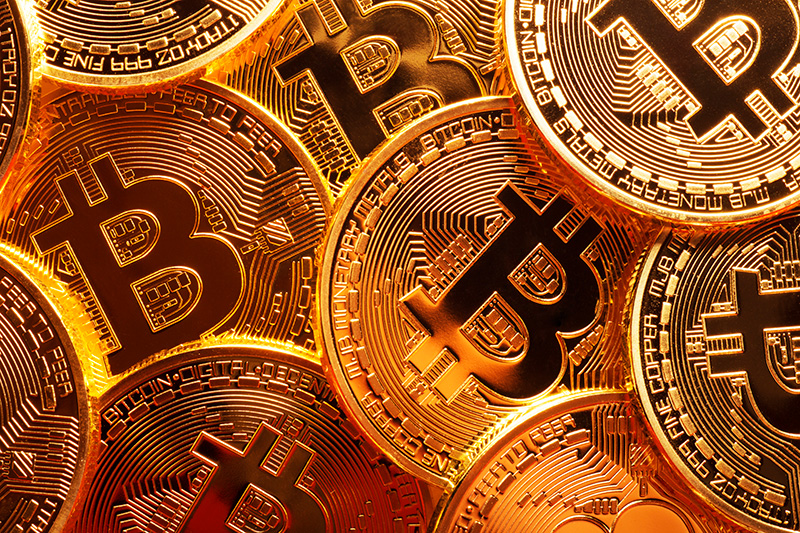 So as crypto began to boom through the beginning of the year and more and more people began to try to mine it for themselves GPUs became highly sought after items. The pandemic exacerbated the problem, as pcmag.com detailed, “as new GPUs hit the market, scalpers—some of whom were trying to make ends meet after having lost jobs during the pandemic—used bots to scoop up the sought-after cards and sell them at inflated prices.”

So with this GPU shortage frustrating the crypto miners, a new opportunity has presented itself. Mining cryptocurrencies in the cloud.

The fundamentals of cloud computing actually make this a rather brilliant combination. Since with the cloud, computing power is designed to be rented out on a temporary, flexible, and scalable basis. Just as companies have made the leap from using massive in-house computing systems, so too can mining setups now outsource their massive rigs to a cloud mining firm – or even rent their own servers and build a system themselves.

Where cloud mining really comes into its own is with its potential is with individuals who are seeking to pool resources – but this is also fraught with risks. Cloud Mining is a way to mine cryptocurrency like Bitcoin without having to buy any hardware and without the need to own mining hardware. With cloud mining, a customer can purchase hardware mining capability provided in a data center for maximum efficiency.

Mining makes up a huge part of how cryptocurrency and blockchain networks operate.

For many, mining is a gamble – it’s risky. That risk coupled with the huge outlay turns many potential miners off. So pooling together can help alleviate some of that risk. The platform handles all of the dirty work. They’ve got dedicated mining farms established and ready to go. All they need is the funding to pay for maintenance and other operational costs.

But many cloud mining providers charge upfront fees or subscriptions to allow you to participate in their operation – this is where the scams come in.

Ofir Beigel from bitcoinmining.com warns that 99% of cloud mining companies are a Ponzi scheme. In a post on the topic he writes, “How do I know this? Well, I run a website dedicated to helping people get started with Bitcoin and every day I get another complaint about another cloud mining company that does not pay and the website seems to have gone away.”

Gavin Andresen, the former chief scientist of the Bitcoin Foundation, once said of the idea, “I suspect many of them will turn out to be Ponzi schemes.”

So whilst the idea is great in theory, there are the things worth keeping in mind if you’re considering jumping it.

Growth of Electric Vehicles – Heading In The Right Direction

Growth of Electric Vehicles The global electric vehicle market is projected to reach $802.81 billion by 2027, registering a CAGR of 22.6%.1 The highest revenue contributor was Asia-Pacific, which is estimated to reach $357.81 billion ...

Automate Order Fallout Resolution Using Self-healing Framework to Accelerate Resolution Time by 98% Most Digital Service Providers (DSPs) face a common challenge of meeting due dates for their customer orders. The instability and delay in ...

Drilling Down On Big Data Running a pay per click campaign for your business, which isn’t driven by detailed metrics, offers no more than the hit-and-hope approach which a billboard in the 80’s may have ...

Software License versus SaaS Subscription Your software is an asset. Software vendors such as Oracle and SAP are pressing customers to replace existing enterprise applications in order to move to the vendor’s new platform. Yet, ...