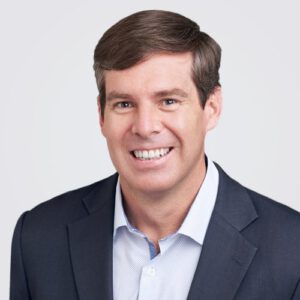 The reality, however, is that subsea cables have been the backbone of modern communications – especially the cloud explosion. Since 1990 and according to Subtel Forum, “about $50 billion has been invested since that time. Research firm Telegeography stated, “as of early 2021, there are approximately 426 submarine cables in service around the world…and 98 percent of all international internet traffic” travels through subsea cables.

Going a step further, Big Tech subsea cable investments are also influencing routes and landings, changing the global subsea cable landscape from the days when consortia of carriers were the primary drivers. For global enterprises managing hybrid and multicloud solutions at an increasing pace, the latest Big Tech networks may be getting all the press but they may not always offer the optimal blend of capacity and route.

But the media’s continued focus on Big Tech’s deployment of subsea cables is driving the idea – real or imagined – that there’s a shortage of subsea network capacity to meet growing global data transit needs. As such, it’s vital to understand how much capacity is available across all subsea cables and not just those owned by cloud providers as well as the viability of existing cables and what’s being done to extend the life of existing cables to provide highly reliable and affordable capacity options for enterprises around the world.

Just how much capacity is available?

There is no question that subsea cables are being tasked with carrying massively increasing amounts of data. According to Defense News, submarine data cables handle more than 95 percent of IP voice and data traffic between countries and continents and 100 percent of international Internet traffic. Investments in submarine cables totaled around $12 billion in 2018, and the expectation is that such investments will increase to nearly $21 billion by 2023, according to Research and Markets, creating an expansion in capacity of 150 percent over the next three years.

Big providers, also known as hyperscalers, increasingly are building their own subsea cables to interconnect the massive data centers they’ve built to support their cloud infrastructures, thus effectively deploying private cables to meet their own demand.

Meanwhile, however, TeleGeography reports that operators of the majority of existing cable routes have the ability to provide plenty of capacity to meet the needs of customers on major routes, including:

How viable are the existing subsea cables?

Just as the media has played a part in skewing the reality of Big Tech’s impact on the subsea cable market, it also plays a significant role in how subsea cable quality is perceived. Beginning in 2014, the volume of media coverage dedicated to cable faults has increased. This is driven much less by the rate of cable failures and much more by the rise of Internet media reporting during that time.

According to SubTel Forum, since 2015, there have been between 19-33 stories on cable faults each year. Increased media coverage has resulted in more transparency on the part of cable owners and operators. This has also led to a decrease in the mean time to repair (MTTR), which was about 30 days in 2014. Since that time,Subtel stated that the MTTR for subsea cables has ranged from 17 to 28 days. However, the expectation is that the MTTR will soon fall below 20 days.

What’s being done to extend the life of existing cables?

Extending the lifetime of existing subsea cables takes place in a number of ways, including:

Be sure to read the next two installments of this series, which explore factors that are impacting demand and deployment of subsea cables, as well as the impact of geopolitics on subsea cables.