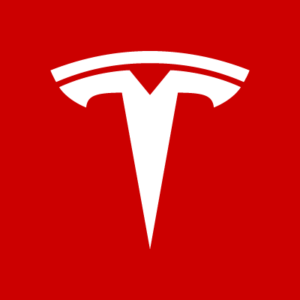 Bugatti is one of the most recognized names among luxury supercars. After the founder Ettore Bugatti died, the company nearly disappeared in 1952. Until Italian businessman Romano Artioli bought it in 1987 and revived it as the maker of exclusive super-luxury sports cars. Then in 1998 Volkswagen bought the company and soon after began work on the car that would change the motoring world. The Bugatti Veyron.

The Bugatti Veyron has been one of the most famous and fastest cars in the world since its launch in 2005. From the initial conception the car was thought to be impossible to build. Engineers believed that the desired spec was not achievable in a road car; over 1,000 hp, a top speed of over 400 km/h and the ability to accelerate from 0 to 100 in under three seconds. Initially the production cost of a Veyron was £5 million, but was sold to customers for just £1 million.

Having broken every straight line speed record set by man since version 1.0 was released, Bugatti have refined and improved the Veyron, eventually leading to their latest creation, the Bugatti Chiron Sport. This car costs an astonishing $3 million and is only available to a select few, wealthy and well connected enough to be allowed to purchase it. This monster of a car produces 1500 horsepower from a quad-turbocharged W16 engine, with a top speed of 490 kmph (304mph).

So What Has This Got To Do With Telsa?

Tesla have just unveiled their Model S Plaid, retailing at a still hefty $120,000. Though for comparison, you can buy almost 25 of these for the price of one Bugatti. This duracel bunny of a car has just last month, completed a quarter mile sprint in 9.23 seconds. 9.23 seconds. Beating the record held by the Bugatti of 9.4 seconds.

That is the fastest time in history. Not for any electric car, not for any 4 door car, but for any production car in the world. Ever. And the media are silent. Tesla has leap-frogged a century of refinement of the car in a matter of years and no-one is talking about it beyond a few Elon fanboys.

This four door sedan will do 0-60 mph in a mind boggling 1.99s and boasts a face melting 1020 horsepower – more than the original $5 million Veyron.

At the world-famous Laguna Seca, where car manufacturers go to push their cars to the limits for testing, the Model S Plaid set the record time for an electric car of 1 minute 36 seconds in 2019. In the two years since this, they’ve managed to knock more than 7 seconds off of that time – a phenomenal increase in just 2 years that displays just how rapidly the technology is advancing. Incredibly, this isn’t even the most souped up version of the car, the Plaid+ is estimated to arrive around the middle of 2022 and will be even faster.

The time set here in 2021 of 1:29:9, was done by an unknown driver (rather than a Laguna track professional), in a standard edition Model S Plaid. The record on this track is held by the McClaren Sena of 1:27:6 – a touch over second ahead of the Tesla. So the Plaid+ with the correct driver may be able to best that time but we’ll have to wait and see.

As if that wasn’t enough, just last month, on June 28th a Tesla Model S Plaid triumphed on debut in the Exhibition class at the Pikes Peak International Hill Climb race in Colorado. As Tesla CEO Elon Musk spoke passionately about the electric car at the event, “We have to show that an electric car is the best car hands down – that sustainable energy cars can be the most kick-ass cars in every way.”

Tesla has just leap-frogged the performance of the fastest and most expensive hypercars on the market. With a spacious, four door sedan. There is no way these cars should be in the same class in any metric. The Bugatti is meant to be the absolute pinnacle of what a car can do, in terms of performance and luxury, not a mass produced every-day car. The electric car might be about to take over, so watch this space.