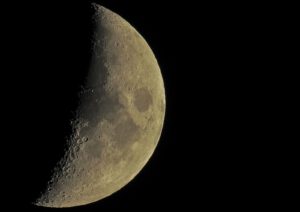 For years the Space Race was the domain of countries and the national space programs. Namely Russia and America with China and India joining the game more recently. The space industry has been dominated in the private sector by SpaceX or at least the headlines have been. Elon Musk’s firm has dominated the private space industry as his company has pioneered reusable rockets and after several failed attempts whilst getting the company off the ground, they have successfully transformed the space industry and commercial space flight.

But with Richard Branson and Jeff Bezos both having now made the trip to space, the “billionaire Space Race” (as it has been dubbed by the media) is truly starting to heat up.

They might now be snapping at Elon’s heels, but Bezos and Branson have a long way to go before they reach the heights of SpaceX, who are already planning their first trip around the moon and planning long term for the journey to Mars.

The Amazon founder traveled to space in the first manned flight of his rocket, New Shephard, which utilizes a similar reusable rocket technology to SpaceX. He was accompanied by Mark Bezos, his brother, Wally Funk, an 82-year-old pioneer of the space race, and 18-year-old physics student Oliver Daemen.

It has taken Branson’s Virgin Galactic a full seventeen years to get from their conception to this point, their first successful space flight. Using a space-plane to take them to 88km, Branson showed off his model for taking future space tourists into sub-orbital flight. Upon landing he told the press,

Musk is yet to leave the earth’s atmosphere in one of his rockets, although it is only a matter of time before he steps aboard a SpaceX rocket – he’s repeatedly said he will be on one of the missions to Mars, so he’ll have to get one a rocket someday. But these flights are only the beginning of the attempts to colonize and commercialize outer space.

Blue Origin (owned by Jeff Bezos) has laid out possible plans to run two more flights for paying customers in 2021, although there has been very little mention of just how much this will cost. One ticket on the craft was sold at an auction last month to an unknown bidder for a stunning $28 million. So obviously we’re a long way off getting to commercial space flight for the average joe. The mystery bidder was meant to fly with Bezos on the first flight of the New Shephard but pulled out due to “scheduling conflicts” (or perhaps they wanted to see if the rocket actually flew), but will cash in their ticket at a later date.

Virgin Galactic are not far behind Blue Origin. They plan to make one more test flight this year, before opening up seats to those with deep enough pockets in 2022. They’ve already managed to sell 600 tickets for between $200,000 and $250,000 a pop, somewhat cheaper than Blue Origin, but still not in the realm of affordability for anyone outside of the wealthiest on the planet.

However, as I discussed with Eric Berger on my podcast, SpaceX and Musk are not as interested in space tourism as firms like Virgin Atlantic and Blue Origin.

Instead, SpaceX has focused on building ever larger and more powerful rockets designed to ferry astronauts, satellites, and other equipment into space. There have been rumors that they will offer multi-day orbital expeditions to civilians at a mind-boggling $55 million per seat – but when you consider that this will mean orbiting the earth instead of achieving mere minutes in space, as Branson and Bezos have achieved thus far, the price seems a little more reasonable.

The reason for the focus on transporting equipment for SpaceX is two-fold and has far more capability to become profitable in the near term than Blue Origin or Virgin. The real money in space lies not in tourism, but in space mining. After a bill was signed to increase NASA’s budget for 2018 Texas senator Ted Cruz commented that, “I’ll make a prediction right now. The first trillionaire will be made in space.” He’s not wrong. There are trillions of dollars worth of metals and minerals floating around the solar system, we just need to be smart enough to access them.

Jeff Bezos has pointed out that it would be far less damaging to the earth if we could do much of our toxic and environmentally damaging work off-planet, things like energy and microchip production. He told the press after his first space flight, “we really have to move heavy industry and polluting industry off Earth.” SpaceX is miles ahead of the competition in building rockets capable of taking the machinery required off-planet and as the cost per launch continues to fall, these sorts of practices will become increasingly more viable.

The race to take tourists into space may seem pointless and maybe it is. But it is the next step in this journey that will realize the potential of commercializing space.