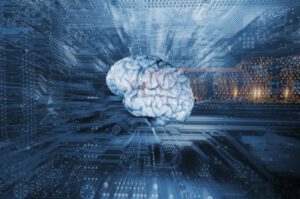 What Everyone Is Missing About The Tesla Bot

A few weeks ago Tesla unveiled the latest mad creation spawned from the head of Elon Musk at their most recent AI conference. Previous greatest hits include “why can’t we reuse our rockets?”, “let’s nuke Mars to terraform it” and my personal favorites “why can’t we fire people in a vacuum tube at hundreds of miles per hour?” and “what if we graft a computer to your brain?”.

This time Tesla have truly outdone themselves when they asked what if we try to leapfrog Boston Dynamics? the result is the Tesla bot. it’s either the start of a dystopian nightmare (though sometimes it feels like we’re already there) or the start of a future with very little work for humans. So what is this new tech set to revolutionize the world of work?

Musk wants to build fleets of Tesla bots to perform boring and repetitive tasks and work in environments that are unsafe for humans. It is truly his iron Fleet –  the next step on his quest to become the real-life Tony Stark. Although these ones can’t fly… yet.

The billionaire told onlookers at the Tesla even that the “Tesla Bot,” stands around 5ft 8in tall, weighs 125lbs (that’s 56kg for you metric heads), and can move around 5mph. Importantly, he explained that the robot would use the same computer chip and navigate with eight cameras in a similar way to the self-driving tech deployed in Tesla cars.

What I want to break down for you here are the two biggest points about this technology that no one seems to be raising. One is a stark (no pun intended) misunderstanding about how rapidly this could evolve and improve and the other is a vaguely philosophical question, one I am not sure even Elon has considered very deeply.

First off let’s start with the positive side of this.

I’ve seen a number of videos claiming that this is a publicity stunt to grab headlines on a boring AI day or Tesla. Others have claimed that, as ever, Musk’s hope of having a prototype by next year is an overly ambitious and impossible pipedream. Marques Brownlee leveled what I consider to be a particularly bad critique, suggesting that the lack of specific skills of the AI bot was a major weakness. He claimed that the human-shaped robot was impractical and unworkable because when we want to use robots to make tasks easier humans have traditionally built very task-specific machines. Think vacuum cleaners, toasters, etc. things with a definable skill.

On the surface, this may seem like a valid critique, but it is missing a major point about how this robot can use the same type of machine learning being deployed to teach and improve Tesla’s self-driving car system. Tesla’s network allows all the cars to learn from and contribute to a central program – built upon the knowledge, application, and testing of new information provided by the entire Tesla fleet. They learn like a hive mind, taking in information from across the entire collection of Tesla cars.

The beauty of this is that instead of having one human learning, the entire system is learning. This is where the Tesla bot comes in. The lack of a singular purpose means that each bot will by plugging in its day-to-day experiences through the Central AI/machine learning program. So the fact it could be asked to do so many tasks is a feature not a bug. It’s quite clear that Musk wants to build a system for teaching AI to perform human tasks as fast as possible and only an extraordinary amount of practice can do that.

Think about how much more aware the internet has made humans. We can access information at the click of a button and share our experiences. Imagine how fast humanity could learn if all those experiences formed a shared memory and we could instantly apply it to your own life – that’s what Musk and Tesla or trying to do for the Tesla bots.

Secondly we turn to the more philosophical question.

If we have a bot capable of all of these tasks, what on earth (or Mars) are humans going to become? Will we spend the time on art and learning or will we devolve into fat slobs watching TV and porn all day as depicted in Idiocracy. Many philosophers asked whether humans need struggle and whether tough work can be rewarding. Are we really capable of functioning as a species if we are utterly deprived of that? Are we even capable of pushing towards a utopian ideal at all? It seems that Elon Musk and Tesla are determined to find out.