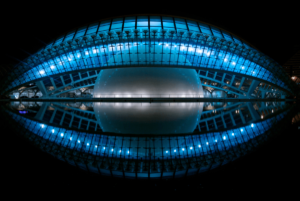 Our technological innovation and progress (especially in the digital space) continues to accelerate unbounded. Google has recently announced there ascension to “quantum supremacy” with the unveiling of it’s brand new Sycamore chip. In a paper published in Nature, the Silicon Valley giant claimed to have made a major breakthrough in the field of quantum computing – allowing them to solve calculations that would take centuries to complete with traditional computing methods. Google’s 54-qubit Sycamore chips took a mind blowing 200 seconds to perform calculations that would take the world’s fastest supercomputer 10,000 years to complete. That’s the time it takes to boil an egg. Imagine what could be done with that processing power!

But we’re not just advancing in the field of processing power. We’re also advancing rapidly in the field of robotics and automation. Amazon are pioneering robotics and automation in their warehouses and the manufacturing industry has been using machines on production lines for decades. They’re also testing a shopping experience with Whole Foods that means you don’t even require a check out at the store – cameras simply watch what you’re picking up and charge your account.

If you don’t believe in the power of machines to perform human tasks, check out this video below of some of the latest advancements from Boston Dynamics – they can run and jump in ways that we may never have believed were possible (mimicking humans) and a far cry from the early prototypes that could barely stand.

They aren’t alone in this world. Tesla are also joining the field, hoping to bring their expertise with AI and machine learning (developed with their self-driving technology) to bear on this industry. Musk wants to build fleets of Tesla bots to perform boring and repetitive tasks and work in environments that are unsafe for humans. It is truly his iron Fleet –  the next step on his quest to become the real-life Tony Stark. Although these ones can’t fly… yet.

In a weird move, Grimes – the Canadian singer/songwriter and ex-girlfriend of Musk – said that “AI is actually the fastest path to communism”. Musk has often praised the wonders of consumer capitalism for pushing forward towards a more environmentally sustainable form of energy production/capture so it’s a little odd to hear that his (now ex) girlfriend discuss AI as a fast-track for communism.

At first I was perplexed, but then it began to dawn on me. The centralisation of wealth and power, especially in the tech world, is increasing year on year. As that technology becomes more powerful, the wealth and power is only likely to concentrate in the hands of an ever-shrinking group of people. Were someone to crack AI, Sam Harris argues, it must be immediately put to the use of the whole of humanity or we risk obsolescence:

“There is no law of economics that guarantees that human beings will find jobs in the presence of every possible technological advance. Once we built the perfect labor-saving device, the cost of manufacturing new devices would approach the cost of raw materials. Absent a willingness to immediately put this new capital at the service of all humanity, a few of us would enjoy unimaginable wealth, and the rest would be free to starve.“

This is a concept that has been explored by author and journalist Aaron Bastani, in his book Fully Automated Luxury Communism. In the book he argues that this dropping of prices and production costs given to us by technological advancement and the development of smarter and smarter machines should free humans from much of the toil of work, leaving us free to pursue other interests. As energy costs drop due to the advance of smart grids and renewable energy tech and humans are no longer required for manufacturing, supply chains, and transport we may well achieve a form of fully automated luxury communism.

However, as Harris has pointed out, this is but one possible outcome, more likely is the concentration of wealth and power. It’s up to us as to how we decide to craft our future – but if we are to succeed in democratising the power of technology, we have to confront the idea now.