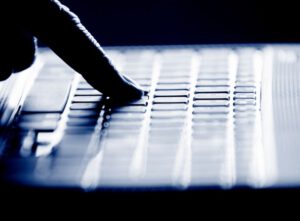 Tether (USDT) is a type of cryptocurrency known as a stable-coin. It’s price is pegged to $1 USD, with the cash to back the currency held in a reserve bank account. As of October 2021, USDT was worth more than $68 billion, the fifth-largest cryptocurrency by market capitalization. The idea of stable-coins is, unsurprisingly, to provide a crypto-currency with a more stable value than Bitcoin or Ethereum, which have been subject to wild price fluctuations. It allows people to trade in crypto-currency without being subject to huge swings in the market.

Tether was designed to build a bridge between fiat currencies and cryptocurrencies and offer “stability, transparency, and minimal transaction charges to users”. It is very important to note that there is no guarantee provided by Tether Ltd. that they will exchange Tethers for real money – it might be worth $1, but that doesn’t mean you’ll get $1.

Tether has been caught up in some serious scandal recently, with serious and probing questions being raised over what they are doing with the cash reserves that they hold. When I spoke to Kurt Wuckert Jr the Bitcoin Historian and BSV advocate (an offshoot of Bitcoin), he told me that Tether had been reprimanded “because they were running a fractional reserve”. He believes that there is a link between the amount of Tether being traded and the rise and fall of the cryptocurrency market. I don’t have time to go into that in-depth here, but suffice to say, there is at least an apparent correlation – when more Tether is being bought and traded, the price of Bitcoin and beyond seems to spike up and up.

So what does it mean that they are running a fractional reserve?

There are two people on earth that can actually tell you what’s going on at Tether and that would be Stewart Hogner and Giancarlo Devasini. Kurt explained,

In reality, the money is likely being given to mining operations in the form of loans. The problem is that not all of their capital is held in cash – which isn’t ever a problem until everyone wants their money back at the same time. It could trigger the digital equivalent of the run on the banks. Estimates vary wildly, from 41% to 95% of Tether not being back by cash.

To me, this was starting to sound like a ponzi scheme. Then I discovered that Tether may hold a significant amount of Chinese debt instruments. According to Bloomberg Business Week, Tether has extended billions of dollars in loans to Chinese companies. Worst of all, it’s rumored that they hold debt issued by Evergrande, the property developer currently teetering on the edge of bankruptcy. If this was true and Evergrande collapsed, it could spell disaster for the crypto markets. Kurt told me “it’s a big big house of cards, in my opinion. Maybe it crashes maybe it doesn’t”.

According to a spokesperson from Tether, “Tether does not hold any commercial paper or other debt or securities issued by Evergrande and has never done so. As we have indicated in our published statements and our most recent assurance attestation with a reporting date of June 30, 2021, the vast majority of the commercial paper held by Tether is in A-2 and above rated issuers.”

The problem is, even if they don’t hold Evergrande debt, but the collapse of the property giant leads to a crash in the Chinese (or global) economy – then Tether and the entire crypto market are going to be plunged into turmoil.