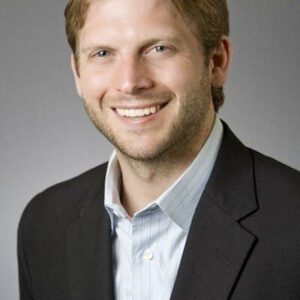 Get Ready For Virtual Reality

We’re lucky to live in an era where virtual reality is no longer relegated to the confines of a sci-fi movie universe. Thanks to technology introduced by products like Oculus Rift, consumers now have access to virtual environments with fully immersive graphic capabilities. As a result, companies have only just begun to address the wealth of opportunity in merging the worlds of VR and cloud computing. If certain obstacles can be adequately addressed and overcome, the possibilities are endless.

The role of GPU virtualization

Some laymen may not realize that there’s much more to virtual reality than just a neat pair of goggles. The most crucial element of the VR experience is the GPU, or graphics processing unit, since it is responsible for rendering the display image. Real-time response is necessary in VR in order to avoid the user’s physical discomfort, which places a responsibility on the GPU to maintain a certain frame rate. Bob O’Donnell, president and chief analyst at TECHnalysis Research, states that “all elements of an online infrastructure [can now be combined] to get better performance from the cloud than from a local machine,” a process called virtualization. Recently, companies like nVidia are taking steps to virtualize GPUs, which means big things for those in the VR integration camp.

VR usage necessitates a higher standard of graphics and memory in order to function at full capacity. As this can prove to be a limitation in some circumstances, cloud computing would ideally come into play by making processing resources available on demand. Hypothetically speaking, a company with in-office VR stations could outsource to a third-party provider in order to externally host servers with virtualized GPU and applicable software. As the servers would handle the GPU end of the integration, the in-office stations would be free to focus on purchasing the best display hardware (goggles, etc.) to work in tandem with these hosted servers. Between the external host and quality local hardware, this synthesis could theoretically lead to a seamless VR user experience.

The feasibility of functional cloud outsourcing leads to dispute in the tech world, however. There are potentially significant cost benefits that come with the third-party host setup. While expensive hardware was required on the clients’ end in the past, the cloud could now open up the VR experience to many more individuals by offering it on a reduced-price basis. This increased availability also benefits developers, meaning there is now potential for greater demand as more apps and products can be made.

Ultimately the benefits of VR/cloud integration are the same as any other application being ported to the cloud. The cloud is essentially a more reasonable pricing model allowing for on-demand payment—a welcome alternative to the eternal cycle of purchasing updated hardware. Cloud integration, in this Instance, would make VR that much more accessible. 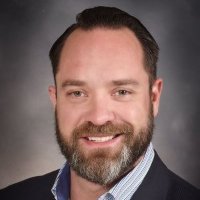 Latency is the main disadvantage to VR/cloud computing integration in its current state. “Instant response is key to VR immersion,” says Jaq Andrews, information manager at Zco. “A virtualized server farm, either local or in the cloud, could theoretically run a bunch of VR systems, but it would have to include a number of hardware graphics processors.” Rob Owen, chief architect at CDI, adds, “Hosting this type of graphics power in the cloud just isn’t viable because of the latency associated with getting to and from the cloud for input and output from the peripherals… In order for VR to become a reality in the cloud we would have to overcome some pretty serious hurdles due to the physics boundaries that currently exist.” Experts seem to reach a general consensus that latency would need to be dealt with before successful integration could occur. Some are even entertaining the possibility of caching, which could potentially improve the latency issue in certain application scenarios.

Bandwidth presents another problem, as the amount needing to be transferred would increase greatly due to the VR component of the integration. The issue can be amended by increasing the amount of data that can be transferred at one time—and making it affordable in the process. We’ve obviously come a long way on bandwidth in the last decade (with Google Fiber taking the lead), so perhaps all we need is more time to increase bandwidth speeds and make cloud computing a universally viable VR option.

Is it just too soon?

Indeed, the feasibility of VR/cloud computing integration depends heavily on how developers plan to expand and build upon existing technology in the coming years. When a perfect VR experience hinges upon the ability to seamlessly manipulate one’s environment, a significant responsibility falls to those creating the technology that makes VR possible. “This notion of using virtual GPUs is pretty new, so not as many people are aware of it,” says O’Donnell. As more companies discover, incorporate, and even specialize in GPU virtualization, it’s quite possible that cloud computing options will consequently diversify in just the next few years.

However, another time-sensitive issue is that of application. VR technology presents primarily in the entertainment industry, but alternative applications of the technology itself (for simulation of hazardous scenarios in firefighter and military training contexts, for example) still seem underdeveloped and disappointingly hypothetical. After all, virtual reality is not a new concept. Seems like there’s still a need for that one killer app that will push VR onto the central stage of the tech world and significantly increase mainstream demand.

For obvious reasons, the next few years will be a crucial time for VR and the cloud. If companies continue to develop virtualization resources—particularly in the realm of GPUs—it’s possible that the current barriers could be overcome with time and effort. In the end, cloud integration would ultimately make VR more financially accessible and increasingly commonplace. It’s up to developers to agree that VR is a concept worth pursuing.