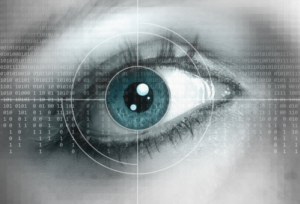 The Cloud Expected to Replace Data Centers in Just 3 Years

People with only a slight interest in technology likely notice the rapid rise of cloud-based technologies that are becoming so prominent in the marketplace. But, even highly tech-savvy people may not have predicted the virtual replacement of physical data centers in favor of cloud-based varieties in only three years.

However, a newly published report from Cisco suggests precisely that. It mentions how in 2016, cloud-based data center traffic accounted for six zettabytes, and 88 percent of all traffic. Cisco believes the statistics will jump to 19.5 zettabytes annually and 95 percent of total traffic in 2021. If that happens, the physical data centers people know well today would be nearly obsolete.

In its report, Cisco mentions the increase in cloud-stored data has also resulted in more so-called hyperscale data centers. They’re large-scale, public services with more than $1 billion in platform-as-a-service or infrastructure as a service, such as Amazon or IBM. Entities also qualify as hyperscale data centers if they have at least $2 billion in software-as-a-service (SaaS), as Google and Microsoft do.

One of the primary reasons cloud services are increasing is because businesses and everyday computer users alike understand how convenient and secure they are. The physical equipment people buy to store files can break easily, and if it does, taking the extra step to keep those files in the cloud could be a lifesaver.

Last spring, The New York Times decided to stop using three of its leased data centers in favor of Google’s public cloud services. When such notable names make the leap to the cloud, that’s a strong sign the technology is trustworthy enough to meet a range of needs without fail.

It doesn’t hurt that the businesses advertising cloud-based services are well aware of how to appeal to customers’ most pressing needs. For example, telephone companies that offer cloud-dependent services point out that they can provide reliable, VoIP-based infrastructures, excellent end-to-end calling quality and the increased ability to scale up as a business grows.

All of those offerings are very attractive to brands, especially those that are already thinking about using cloud services to increase their capabilities.

The Cisco analysis also reports that the Internet of Things (IoT) is another primary driver of cloud computing’s prominence. It mentions how the total amount of data created by devices — but not necessarily stored on them — should total 847 zettabytes. In 2016, the amount was only 218 zettabytes.

Among the trends predicted for the IoT in 2018 is increased reliance on connected devices in the health sector, as well as additional smart home products on the market. Together, that kind of technology could make up for a significant amount of stored material.

Analysts believe edge computing will be used more often than cloud computing alone, but the former still requires cloud technology. It involves using local storage devices that process the IoT data first, then sending only some of it to the cloud.

Besides the specific factors already mentioned, the world’s dependence on data is perhaps the primary reason for the increase in cloud data centers. They’ve been proven to meet the world’s data needs, causing companies to take note and switch from traditional data centers to ones that exist in the cloud. Whether they’re doing so for business, pleasure or both, people around the world transmit and store massive amounts of data, and that shows no signs of reversing.