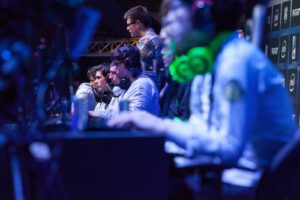 There is a lot of piracy in video games. And in fact, many parts of the world with pirated games produce more business than the original games itself.  Although there are laws to stop piracy, its not so easy to implement there.  As a result, the video game companies have to face a huge loss.

Hardware and Software Requirements of the End-Systems

Most of the popular best selling games have very high graphic resolutions and complex algorithms. These games require a lot of processing power which standard PC computers can’t accommodate. This problem keeps many potential video game players away from purchasing and playing such games. So a major part of the market share is lost only because of the system-game compatibility issues.

Availability of the Latest Games in Market

In traditional technology you have to wait for the video games to be come available through a retail or distribution channel. In many countries and cities it becomes very difficult to find out where and when the latest game/s will become available. So again a large portion of potential customers are lost because of this problem.

When a video game has to pass through the whole supply chain before reaching the customers, its price increases to a significant amount, making it too expensive for many potential gamers.  the impact is to both the company and the customers.

Until recently the video industry was losing the battle in terms of creating affordable games.

Benefits To The Industry

These advantages to both video game consumers and companies are evident and will automatically result in a reduction of prices and expansion of the video game industry to many levels. It just seems to be a matter of time when the cloud-based video games will dominate the industry and the world…

Glenn Blake is a writer for CloudTweaks and has been writing about technology trends for over 25 years.