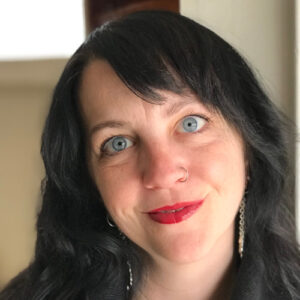 Are Leading Tech Companies A Threat To Older Tech

Almost exactly a year ago, The Informational Data Corporation (IDC) made some pretty bold predictions regarding cloud computing companies and the development of a new high-tech industry in the convergence of social networking, and cloud-based computing and data storage.

IDC suggested that many industry giants may scramble to maintain relevance in 2012, while some startups would gain leadership positions – part of the technology industry’s fastest transition ever.

Today’s major big players may be in trouble if they don’t prepare for change.

Much of the new development will also take place in emerging markets such as China, IDC said. It predicted that 28 percent of overall spending, and 53 percent of the industry’s growth, would come from outside the United States, Japan and Western Europe. By mid- 2012, China is expected to be the world’s second largest consumer of information technology, eclipsing Japan.

Frank Gens, chief analyst at IDC and head of the study, said: “Hewlett-Packard will be challenged. Microsoft, Intel, SAP, RIM, Oracle, Cisco, Dell – they are all facing the next transition, competing to be around in 2020. At least a third will fade away.”

Among the notable claims in the forecast, IDC said that spending on hardware, software and services in cloud computing systems alone will be $60 billion in 2012. The growth rate in this sector is about four and a half times that of the industry overall. About billion of that was projected spending for companies providing cloud services to businesses, and the balance will be from so-called “arms dealers,” supplying things like servers and networking gear.

Mobile devices, which in 2011 outshipped personal computers worldwide, will in 2012 generate more revenue than PCs for the first time, IDC said. Shipments of mobile devices will outstrip PCs by two to one and 85 million mobile applications, or apps, will be downloaded. More money will be spent on mobile data networks than on networks tethered by lines.

The rapid transition to mobile, driven by an explosion of tablet computers, will challenge both traditional computer software companies like Microsoft and beneficiaries like Apple, which is seeing the dominance of its iOS operating system challenged by the open source Android operating system developed by Google.

So, how accurate were IDC’s predictions?

Hindsight is, as the saying goes, 20/20; so while we won’t know exactly how precise IDC’s projections are, we can certainly determine if their aim was true.

IDC predicted: “Worldwide IT spending will grow 6.9%, surprisingly solid growth in a fragile, recovering economy. Mobile devices and apps and emerging markets will be the biggest growth drivers, while European debt issues will dominate downside risks.”

The reality: It’s close. IT spending is projected to top out at 6 percent in 2012, driven by software, storage, networking and mobile technologies. Research firm Gartner predicts that the release of Microsoft Corp.’s Windows 8 OS could spur a surge of growth in the fourth quarter.

IDC predicted: “Emerging markets IT spending will grow 13.8% … In the second half of 2012, China will supplant Japan as number 2 in the IT market.”

The reality: Right on course. Emerging markets are still growing, but China is slowing in response to Europe’s economic troubles. Japan’s growth has stagnated while IT spending in China is on course for fourteen percent growth this year; matching growth in India and Brazil. Russia is expected to finish at eleven percent and South Africa, eight percent.

The reality: When even Microsoft is conceding that tablets will outsell PCs in coming months, that’s a pretty safe bet. As for the mobile-devices-versus-PC-shipments conjecture, some sources are positing that PC manufacturers have a little more wiggle room – until 2016 – before their former business becomes obsolete. And if projected security spending is any indication – Juniper Research believes that By 2016, 277 million mobile devices will have some kind of protection installed, costing mobile users a collective US$3.6 billion, and that 69 percent of this investment will be made by corporations concerned about corporate data is stored on mobile devices – then, yes, mobile data network spending will surpass fixed data network spending by the end of the year.

IDC predicted: Spending on public and private cloud services, and the building of those services (the “cloud arms dealer” opportunity), will reach $60 billion… and the strategic focus in the cloud will shift from infrastructure to application platforms and the race to build the largest portfolios and ecosystems around those platforms.

The reality: How about $109 billion? That’s what Gartner’s now predicting for public and private cloud spending this year.

And the same Gartner research shows that the majority of this spending is focused on Software-as-a-Service (SaaS), developing process-specific applications (like billing systems, for Instance) and on-premise services like phone systems and storage.

IDC predicted: Big Data will join mobile and cloud as the next “must have” competency as the volume of digital content grows to 2.7ZB (1ZB = 1 billion terabytes) in 2012, up 48% from 2011, rocketing toward 8ZB by 2015. There will be lots of Big Data–driven mergers and acquisitions (M&A) activity.

The reality: IT behemoth Oracle certainly believes the hype. CEO Mark Hurd (formerly of Hewlett-Packard) is doubling down on Big Data and looking for ways to capitalize on the opportunity. As far as mergers and acquisitions go, here’s a very short list: Oracle acquired Endeca (a big-data company), IBM acquired HPC firm Platform Computing; Groupon acquired Adku, a big data startup that focuses on the e-commerce sector; and EMC picked up Pivotal Labs, a private agile software development firm.

Despite the ups and downs of the economy, 2012 has been a pretty good year for the IT industry. If the growth trend continues, 2013 could be even better.

Rackspace Hosting is the service leader in cloud computing, and a founder of OpenStack, an open source cloud operating system. The San Antonio-based company provides Fanatical Support to its customers and partners, across a portfolio of IT services, including Managed Hosting and Cloud Computing.