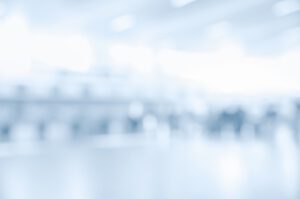 Over the past few years, there has been an explosive growth in cloud computing, mainly due to the cost efficiencies of its pay-as-you-go model as compared to legacy IT. However, many companies that have migrated to the cloud have done so for more than cost savings; for them, performance has been the deciding factor. Whatever be the reason, these companies want to know what they are getting for their money.

Among the leading contenders is CloudCheckr, a company that has carved a niche for itself by concentrating on the most popular public cloud provider Amazon Web Services (AWS). Unlike many of its competitors that focus solely on cost analytics, CloudCheckr places equal importance on performance analytics. As CloudCheckr founder Aaron Klein explained, “Cost is a major consideration for public cloud users, but it is not the only one. Users need tools for control beyond cost. Both SMBs and enterprises need visibility into performance. This means tracking resources, utilization and deployment changes. This means alerts around security and best practices. CloudCheckr’s goal is to deliver all of these capabilities while still retaining its best in class cost and utilization analytics.”

The company recently announced major service improvements that address the aforementioned user needs. It has added change monitoring alerts, map overlays, and utilization heat maps for both Glacier and ElastiCache, and usage predictors for services such as S3. While all these allow public cloud users to improve performance, CloudCheckr has given cost analytics equal importance by expanding its cost predictors for EC2, RDS and other AWS services. Additionally, to cater to the needs of growing SMBs and enterprises, it has added multiple sorting, tagging and cost allocation features.

The company is also growing on the ground, as evidenced by a fresh $2 million of funding in April and additions to its workforce. CloudCheckr offers new customers a full-featured free trial a permanent free tier of service, along with a competitively-priced $179/month professional tier. With more and more businesses moving to the cloud and looking to optimize their deployments, CloudCheckr should continue to grow aggressively.