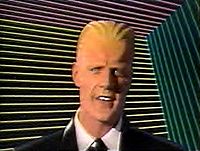 Wake Up! The Speed Of Business Is In Milliseconds!

Wake up! The Speed of Business is in Milliseconds!

Back in the mid 1980’s a ground-breaking television series called Max Headroom heralded the high-speed, media-saturated age in which we now live. In addition to the acerbic title character, the show’s protagonists were journalists, working for a television network whose commercials, called “blipverts,” were merely seconds long. The executives who ran the network sat perpetually around a boardroom table, watching real-time graphics of audience viewership-by-the-second, and they fine-tuned the intensity and volume of the commercials immediately in response to those numbers.

As business moves toward a full or partial embrace of the cloud, the Max Headroom “blipvert analytics factor” is becoming a reality, and one of the people who knows this best is Rob Malnati, VP of Marketing Cedexis.

His company is a specialist in performance measurement on the cloud, and it exists in part because the cloud continues to grow on a daily basis, but also because the cloud isn’t one cloud at all, but is an interconnected series of cloud providers, each with different standards, protocols and subscribers. As companies seek to serve their global or regional marketplaces, they may not realize that there’s more than just one cloud up there – there’s actually an entire weather system.

Malnati points out that for an end user, whether a client company, or an individual looking to buy a spoon collection on Amazon, the websites and supporting channels that assist in the transaction can run into trouble in a number of ways. These challenges include different browsers and operating systems, different software versions, different devices and different connection types. When it comes to satisfying people, time is truly the enemy.

Publicly available reports (available on the Cedexis website) demonstrate some fascinating facts about time and patience online. For example:

Bottom line, things move fast and people expect it to stay that way.

In the age old tradition of building a better mousetrap, Malnati and his team at Cedexis created Cedexis Radar to help alleviate lost opportunity from these micro-downtimes by measuring cloud performance worldwide, and helping organizations bounce between clouds in a way that best serves their traffic demands. They provide a sophisticated approach to connecting to new resources on demand. As Malnati states, “organizations have always been focused on redundancy, superfast servers, and high-speed dedicated resources. But this is going away as people migrate toward cloud, where things are much more out of control. Audiences are becoming more demanding, more global.”

The Cedexis Radar community collects performance data from all over the world – one billion measurements per day from over 34,000 network systems, actually. Malnati points out that some of the fastest growing business markets, such as Brazil, China and Indonesia do not or cannot always provide best-in-class networks. For example, trying to reach someone on a WiFi 3G connection in a developing economy can cost significantly.

Cedexis Radar tries to help orchestrate and simplify the use of new cloud-based tools by providing a single global platform for measuring performance and automating the use of them.

He says the number one issue is the need for more visibility in performance. Companies need to know if – or how well – they are delivering to their end customer. They need to understand who is else serving their customers well and who isn`t. They also need to compare objective data to assess the performance potential between Cloud A and Cloud B. Once this data is compiled, Cedexis Radar finds ways to create optimized content delivery strategies and then measure their effectiveness.

The Cedexis Radar community, now in its fourth year of operation, constantly tests platforms and systems to observe their performance, and it provides much of its computing intelligence in the form of free collaboration between the “amazons” of the world.

One technique, for example, is its Radar Tag – a line of code embedded on a web page, which assesses how the page was served. Once the page is downloaded, Cedexis can pull data from existing cloud vendors in terms of how they could have maximized their services through more access.

This means that not only does the Cedexis Radar system assess what has happened, it looks at what could have happened, through what-if simulations, to ensure that in the future its clients will be able to proactively route data through the global cloud structure, based on a wealth of both existing and theory-driven scenarios.

All this intelligence isn’t presented only on a large scale formalized platform; it is available in very simple, straightforward interface, even as as an app for Windows 8, and is very hands-on, for example, a user can drag a line across a territory map, and observe immediately where service is good and where it deteriorates. “The Cedexis Radar app is a great example of how Windows 8 puts business intelligence at the fingertips of business professionals, and adds value to the data through compelling interactivity and visualization,” said John Richards, senior director of Windows App Marketing for Microsoft Corp.

Of course Cedexis also offers a value-added paid service called OpenMix, which takes Radar data and combines it – basically performing load balancing magic to identify best routes for traffic. Malnati adds, “this lets the customer define their own app to do things like using the Radar centre to identify the best [cloud] center, but let’s handicap any overloaded center  to avoid bursting charges.”

These types of advantages lead to reduced bounce rates – where people go to a web page and then abandon it in a couple of seconds; it also means lower latency: more people are staying on a website and for longer periods.

Business today is done by the millisecond. Malnati states that today’s CIO or CTO  should be redefining themselves as the leader of a strategy focused on end-user experience, and this can only be done through the agility drawn from real-time data. As Marty Kagan Co-Founder of Cedexis adds, “the new Windows 8 app provides IT decision makers with quicker access to the performance data of both existing and potential providers, so they can make well-informed decisions, in real time.”