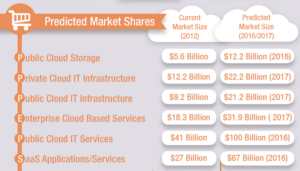 Is There Enough Bandwidth Available To Support 100% Of The World Moving To Cloud Solutions?

It’s a question I’ve asked dozens of times in my blog and one I have talked to a number of different audiences and groups to and about. Is the total available deployed bandwidth enough to support the overall impact and requirements of the emerging cloud solutions?

The initial answer is no not really. The first issue is of course that the total requirements for bandwidth at any one time today are more than the system can handle. There are people who do not leverage the internet and cloud solutions full time but that number is decreasing rather than being stable or increasing. The people that “connect” connect more often and for a longer period during the work day.

I call that concept the “bandwidth shell game”  because like the famous shell game that proves the adage the hand is faster than the eye change is faster than infrastructure. At times that shell game works perfectly and at other times the bandwidth available for any one user begins to fade quickly. The problem is the number of services that are moving to cloud based scenarios is increasing not decreasing. The solutions deploying today don’t require less fidelity of connectivity, they require more fidelity of connectivity.

At the same time the connection window isn’t closing its actually growing wider. More people are connected to more solutions for more time during the day. The work day that once supported a 8 am eastern time to 6 pm eastern time window leaving a solid 14 hours a day for backup and system recovery is now gone.

We could have hoped that the IPV4 “address” problem would have ended this conversation, by forcing us to slow down on the number of IP devices. Or that bandwidth providing companies would begin capping internet bandwidth per person (which they are today). The problem is that instead of the one device connecting as was the case as recently as 10 years ago, now the average user has 3 or more devices connecting. Some of the devices in question not just connecting at the same time they also connect all the time. With this change we lose the concurrency advantage. More users connected with more devices for more time, both connection total and connected total time. Add to that the overall increase in the fidelity requirements for the applications users are connecting to.

This is a great argument for building private cloud solutions within organizations in the short run. Private clouds that once built will leverage the existing LAN/WAN connectivity and don’t dump additional organizational traffic to the internet.  Like the hope that the IPv4 problem (running out of available addresses while waiting for organizations to deploy IPv6) this is a short term solution to a long term problem.

The other issue with this overall solution is that we are assuming that the traffic of today stays the same going forward. The history of the internet tells us that isn’t the case. The explosion of social media will continue to alter the patterns of connectivity. Social media doesn’t just drive connections; it drives longer more sustained connections. The average social media user connects to social solutions and stays online for longer than many other web sites. As organizations adopt the concepts of social computing that concept of higher sustained connection will continue to drive connections.

You see in the end it remains a shell game. No matter how well we watch the bandwidth or for that matter limit the number and placement of shells in the game, the hand remains faster than the eye.  The need for internet bandwidth already outstrips the available capacity of the current system. The reality is that today less than 30% of the world’s population consumes a large percentage of the currently available bandwidth. As we drive the number of devices connected, the number of total connections and increase the time of those connections can we find enough bandwidth to fill the need?