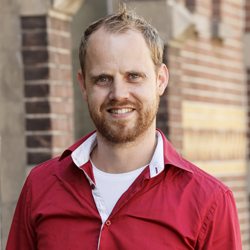 The current perception of cloud streaming technology in the Games Industry, particularly in the Massively Multiplayer Online (MMO) marketplace, is to put it mildly ‘mixed’.

Recent comments at Gamescom 2013 have only cemented for some that while Cloud Gaming is a great idea, the technology isn’t quite ready for the primetime (no doubt in part aided by the meteoric rise and spectacularly public fall of OnLive).  The truth is that not only is it ready- the online gaming market space is in desperate need of real file streaming cloud solutions.

Obviously the MMO games market is big business, estimated to reach $17.5 billion dollars by 2015. This massive expansion over the last two decades has for the most part been fueled by the importation and adoption of the Free to Play (F2P) model from the East and Western Publishing giants like Blizzard and Electronic Arts.  This expansion has not gone unchallenged, not just by consoles but by the explosion of Social and Mobile games. Competition to attract and keep consumer interest is fierce. The key challenge faced by game Developers and Publishers is customer engagement, especially in a saturated marketplace where consumers are increasingly spoilt for choice.

The irony here is that the software delivery mechanisms used by MMO publishers for their online products have over the last decade remained relatively unchanged. The standard procedure for a consumer interested in trying a new MMO game is to:

For consumers new to MMO games (and used to the convenience and quick access of Mobile and Social), the whole process is off-putting. For veteran players it’s a painful procedure that erodes any willingness to try unknown titles. All in all a situation best described as frustrating.

This entire arrangement not only places unnecessary barriers to consumer entry. It eats into the very foundation upon which online games survive: Capitalizing on interest and creating engagement in the shortest time possible. The quicker you can convert a consumer click of an offer into a gamer inside a title, the higher your chances are of creating a new customer. Placing hurdles like extensive downloads and patch frustrations only delay that magic moment of conversion, translating into lost revenues and a decreasing marketplace share.

The truly sad part is that it doesn’t have to be this way. These bulky content delivery systems should have disappeared years ago but the games industry still persists using them. Part of the reason I believe is the public and industry perception that Cloud Gaming is just about video streaming. An expensive model, requiring extensive server farms, extreme bandwidth requirements and often a loss of graphic fidelity. When it comes to Cloud Gaming based on video streaming, the technological and bandwidth limitations just don’t cut it.

What has and continues to work is Cloud Gaming based on file streaming. MMO Games powered by optimized file streaming, with tight data compression and prediction algorithms, are transformed from bloated data monsters into lean engaging titles. No more patching and no more lengthy downloads – just a simple client and optimized streaming that’s light on bandwidth. Customers take minutes, not hours, to get into optimized games.

This isn’t just fanciful marketing speak. We recently converted Remnant Knights, a popular MMO published by GameSamba. Originally weighing in at 1.2 gigs, it took just under 2 hours to download, with 12 clicks from registration to play. The company was managing to only convert 40% of its users from registration into actually playing. Take a look at the massive rise in conversion numbers after they optimized with Kalydo and discarded their antiquated client.

The Gaming Industry is only going to become more saturated in the years to come. Consumers from developing markets with lower bandwidth infrastructures and a rising spend in the F2P MMO market will opt for less bandwidth intensive options. The bottom line is that in any tightly competitive market, an edge that increases conversions and decreases customer frustration is a critical asset. The question is no longer whether Cloud Gaming is ready.

Doki Started Kalydo to revolutionize the way games are played, distributed and operated. Over the years he has developed a deep understanding of how technology affects both the business of gaming and gamers themselves. Doki remains a game nerd with a passion to make gaming better for developers, publishers and players.