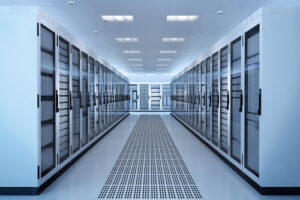 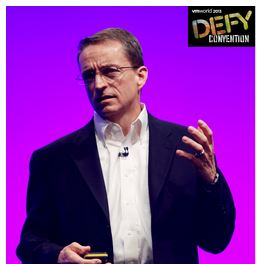 As the sun rose over Barcelona this week, it was obvious to many attendees of VMworld Europe 2013 that exciting things were afoot and that that the partnership between VMware and Hitachi Data Systems continues to change the face of computing with its innovative approach to cloud technology.  In his keynote address, kicking off the convention’s first day, VMware CEO Pat Gelsinger pointed out how his worldwide team is “on a journey, helping firms move from [just] using VMware to cut costs to helping them use it to improve quality of service, to getting to the point of being able to deliver IT as a Solution (ITaaS).”

Such a concept, IT-as-a-Solution, is at the heart of the virtualization revolution, and represents a significant leap forward in how IT issues are handled, mainly by replacing the quickly-aging and jumbled legacy systems of the physical world with a more seamless overseer, entirely software based, called, in VMware parlance at least, the Software-Defined Data Center (SDDC). Although this is still an emerging concept, it is growing quickly, with a market value expected to reach USD 3.7 billion by 2016 by some estimates. In short, the SDDC streamlines all of the tasks involved with computing, storage, networking, and security, and provides a layer of software that develops policies for its administration.

The advantages to this approach are numerous, and include greater scalability, flexibility and a more streamlined operating procedure, replacing the patchwork quilt of applications and systems that still remain at the heart of many companies’ current IT structure.

A recent white paper published jointly by VMware and Hitachi Data Systems compares the traditional data center as  “museum of IT past,” with its loose collection of technologies, each requiring its own proprietary vertical stack, and with a general lack of cohesion, which ultimately costs money in maintenance, upgrades, patches, consultants, and a permanent host of other expenses.

But as Gelsinger pointed out in his Barcelona keynote, “the time is now for virtual networks, since the number of virtual ports is higher than physical ports.” As such, virtualization, offers to smoothen the landscape of IT in a way that could not have happened even a few short years ago. It is only now that technology is powerful and fast enough to start to offer it.

VMware is not the only major high-tech player on the virtualization bandwagon of course. A great many of the other big names have, or are starting to develop their own approaches to virtualization and cloud solutions, but it the unique partnership of VMware and Hitachi Data Systems that has attracted the attention of a very large number of IT specialists, as is evident in the attendance at both VMworld conferences, both Barcelona, and earlier in San Francisco.

The companies’ joint effort can be summed up in one word: integration: the Hitachi vCenter management console pairs with the VMware system and allows everything to be run seamlessly. It fulfils the definition: a data centre that is truly “software defined.”

As with many new technologies, there are critics that worry that such new innovations are will bring with them their own set of problems, as customers or vendors seek to tweak the component applications, making them less consistent, reliable or seamless, but such issues come with all innovations, especially high-tech. But this is where the strength of reputable companies such as VMware and Hitachi come in handy. It was fitting, then, that Bill Fathers, SVP of hybrid cloud for VMware, followed Gelsinger as the next keynote presenter, and demonstrated through case studies (Harley Davidson Dealer Systems and Columbia Sportswear) just how effective cloud deployment can be, building, in their respective cases, a hybrid cloud approach that offered the flexibility of the public cloud while meeting specific regulatory and compliance guidelines. These are the types of solutions that are empowering companies to achieve more and to stay competitive.

The world of computing has undergone a major change thanks to the development of the cloud. The concepts of virtualization and cloud computing are rewriting the rulebooks on how business is being done, and it is apparent to the attendees here on Day 1 of the Barcelona conference that VMware is leading the field in ensuring that its effective deployment remains reliable and economic.