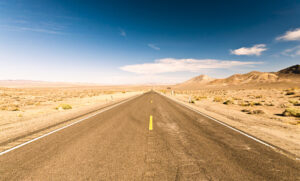 In the past month or so I have been wandering around the desert of IoT (Internet of Things). In that time I created three distinct designations for the Internet of things. Mostly so that I could rationalize the concept for myself. But also to attempt to begin an examination of what exactly was happening. The three categories I created were Stayable, wearable and finally portable. You don’t wear your cell phone (yet) but you take it with you everywhere (portable). You probably have a cache of pictures at home on a drive or a computer in your home office you connect to remotely (stayable) and finally, the reality of smart watches and exercise sensors (wearable) are with you all the time as well.

First off there is a split in the first concept, stayable. Split in that you have things at work you access at home, or where-ever-you are. There are things from home you access from work, or where-ever-you are. So that initial split is interesting. That reality in effect is the birth of the Internet of things. People want to get at their information wherever they are.

The concept revolves quietly around sensors. If we think about cellular telephones and the evolution of that market, we can begin to see the birth of the IoT concept. First came digital cameras as part of the cellular phone. Then came Wi-Fi, Bluetooth and the concept of always connected. The concept of always connected was initially applied to the worker, not the device. Those connections then morphed to the personal devices we began to carry. There are any number of connected exercise devices that inform you of how many steps you’ve taken and for that matter how many steps your friends have taken that day as well. All of these things are sensors. From counting your steps, so you don’t have to, to measuring the wind where are standing these are the portable and wearable sensors we have with us all the time.

In fact, there are sensors that you have both at work and home that you can now leverage more and more. You no longer have to travel to the office to be in the office. Your personal presence device allows you to be in the office when you are anywhere in the world. Or in the case of a child or adult unable to attend work or school due to illness or injury it allows people to remain connected to the world around them. Not physical contact but at least the ability to participate and be part of the social. Perhaps for these new devices we should create a category of the IoT to include the Internet of social things of IoST as well.

Personal Presence Devices and Personal Weather Stations are great examples of the split within the concept of Stayable technology within the IoT. Both wearable and portable technologies continue to evolve as well. In fact, an interesting trend in portable devices is that unlike wearable devices (that are shrinking) it seems the Phablet is the new choice for portable phones. The larger screened portable device appears to me to be directly connected to the IoT concept. The more you need to see the more screen real estate you are going to need.

There are downsides to the Internet of Things (IoT). But in the end the impact of the IoT (and my new IoST) is significant. Personal sensors that measure how you interact with the world around you. Home sensors and systems that allow you to connect with your family no matter where you are, and personal presence devices that allow remote people to remain part of the overall social world are expanding.