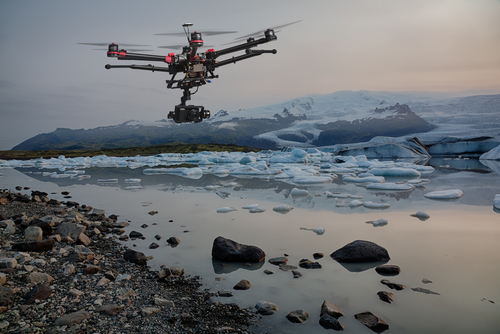 Consumer drones raise a few eyebrows about personal privacy, but many people are staunchly opposed to the use of weaponized drones. This of course hasn’t stopped the US government from using the most weaponized drones of any government in history. If this record from the Obama Administration wasn’t enough, a new policy would allow the US to sell the deadly bots to its UN allies. The US aims toward global “acceptance” of weaponized drones.

The Washington Post reports: “The Obama administration will permit the widespread export of armed drones for the first time, a step toward providing allied nations with weapons that have become a cornerstone of U.S. counterterrorism strategy but whose remotely controlled power to kill is intensely controversial. The lethal technology has troubling records on human rights and political freedoms.”

Disturbingly, American officials are not at all shy about massively distributing drones to US allies, reports The Washington Post: “The technology is here to stay,” said a senior State Department official, speaking on the condition of anonymity to discuss the regulations. “It’s to our benefit to have certain allies and partners equipped appropriately.”

This is a bold statement from a “public servant” of the American People in the U.S. government. This official does not seem at all sensitive to the plight of concerned citizens worldwide about how dangerous and destructive the use of drones has been. Drones have a lot of potential to be of positive use to everyone. And this possible multi billion dollar export could be a much needed boost to US GDP and the economy. Drone manufacturers could create a significant amount of jobs for unemployed Americans. But unless we shift our main focus from making high tech flying weapons to bringing the troops home and making peace, drones will continue doing much more harm than good for our world.