Are Women Discriminated Against In The Tech Sector? 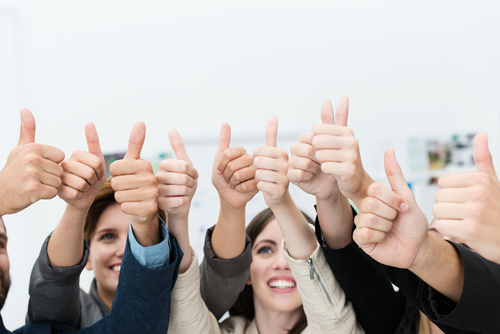 Women Discriminated Against In Tech Sector

It is no secret that the tech industry is considered sexist since most women are paid less than men; there are considerably fewer women in tech jobs; and generally men get promoted above women.

Yet the irony is twofold. Firstly, there is an enormous demand for employees with skills in the fields of science, technology, engineering, and mathematics (STEM). Secondly, when women do make it onto Executive teams, businesses do better.

Results of a recent in-depth analysis undertaken by Irish-based firm, Next Generation International Recruitment, the world needs more women in the tech sector.

Currently, even women with technological skills tend to leave the industry because of gender stereotypes and discrimination that prevents them getting promotion opportunities and better salaries. They also have to deal with what Next Generation terms “every day sexism.”

The Numbers of Women in Tech Tell the Story

While there are a small number of notable women achievers in the tech sector, the numbers of women filling tech jobs worldwide is abysmally small. In Europe the figure is less than 7 percent. In the USA the numbers of women in computing jobs specifically are a little higher, but the percentages have fallen from 37 in 1991 to 26 in 2014.

Figures for leadership roles that are held by women in the tech sector are also alarmingly low. In North America the figure is said to be 18.1 percent; in South America, 13.4 percent; in Asia, 11.5 percent; and lowest of all in Europe, 11.2 percent.

The analysis also indicates the total number of female employees in the tech sector, across the board globally, including all positions, not just technical or STEM. From highest to lowest, those employers listed are:

Two additional figures reflected are for the US only:

So why are there so few women in the industry as a whole?

Reasons for Low Numbers of Women in the Tech Sector

According to Next Generation’s analysis, it starts at high school and college. Even though girls generally achieve higher grades than boys at school, those who decide to study computer science at college or university level are outnumbered by men by as much as 82:17 percent. Part of the problem, they found, was that future employment possibilities, along with options for toys and clothes, are marketed towards gender. So girls are encouraged to wear pink and other feminine colors, and to play with dolls and soft toys. Boys, on the hand, are encouraged to wear blue and to play with more masculine toys, including cars and guns.

Additionally, the gender stereotypes make people believe that boys are “better” at the STEM subjects. According to the international Organisation for Economic Co-operation and Development (OECD), even though boys and girls achieve similar results in their standard science test, boys are more likely to consider a STEM-related career than girls. It becomes a vicious cycle that results in the lack of a decent gender-balanced talent pool. With fewer women studying STEM subjects, there are fewer women graduates, and therefore fewer women available for tech jobs.

Further, the tech industry seems to make it more difficult for mothers to have a career. A study published in Fortune magazine last year explains why women leave the industry, blaming “the culture” rather than the subject matter. Of the 716 women who participated in the survey, 85 percent cited maternity leave policies as a primary reason for leaving the industry.

Another reason they cite is in-group favoritism, which results in those doing the hiring recruiting people who are culturally similar to them. According to a study published in the American Sociologic Review (ASR) this trend typically results in men recruiting men, particularly those who share similar experiences, hobbies and tastes.

So is it simply a “work culture” problem?

According to a survey conducted by The Guardian newspaper late 2014, 73 percent of respondents believe the tech industry is sexist. More than half (52 percent) said they knew women were paid less than men in the same positions.

A report released by the Center for Talent Innovation states that 45 percent of women who do enter employment in STEM fields are more likely to leave with the first year than men. Reasons cited were:

In addition to the fact that businesses with a woman on the executive team are more likely to be valued higher at both the first and last funding, the Next Generation analysis points out that gender diversity benefits companies. It also cites research undertaken at the Spanish University of Castilla la Mancha that shows how “gender diverse” research and development (R&D) teams were found to make “better” decisions and to generally be more creative.

Simply, with an annual shortfall of STEM-skilled employees in the UK alone, the tech industry needs to encourage more women to study technology, and then work and stay in the sector. With 39 percent of employers reporting that they have difficulty recruiting staff with suitable STEM skills, getting more women into tech positions will “help break the cycle of a male-dominated industry and fill the STEM talent demand.”

Initiatives that will help achieve this include:

If key women are given senior leadership roles, they will encourage other women to join any organization that is likely to advance the careers of other women, says Linda Davis, CEO of Next Generation Recruitment. Ultimately this will increase “overall company growth and productivity.”

Ultimately, the analysis finds that, “Women make up half the world, so it’s only logical they make up half the workforce.” To ensure this happens, working arrangements must be made more flexible; more women must be given leadership roles; and boys and girls must be encouraged to do what interests them.