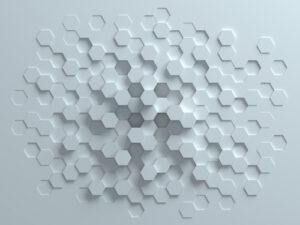 An early vision of man’s interaction with machines beyond the internet of things.

Since the dawn of time, humans have manipulated the physical world around them into tools which they use to make life easier. In today’s world, the primary tool for most people is the computer and the staggering number and variety of tasks that it can accomplish. Yet, the way we interact with this tool has remained essentially the same – via a keyboard or a mouse and, more recently, a touch screen.

Sean Follmer, an assistant professor of Mechanical Engineering at Stanford University and has been intrigued by this conundrum for a number of years. Speaking at a recent TED talk, he explains that “my belief is that we must need new types of interfaces that can capture these rich abilities that we have and that can physically adapt to us and allow us to interact in new ways.”

As the Internet of Things moves ever closer to a reality, some visionary scientists are seeing a world beyond when devices are connected and into a more fluid, adaptive spatial environment.

Follmer recently earned a PhD from MIT for his work in human-computer interaction that has given birth to an extraordinary technology called inFORM. What is inFORM? It’s an interface that can come off the computer screen and that you can manipulate physically. Whether it’s a 3D application, or digital clay which you can sculpt into a brand new shape, the elements on the surface rise up and are manipulated via actual, physical touch. “The idea is that for each individual application, the physical form can be matched to the application,” he says, “and I believe this represents a new way that we can interact with information, by making it physical.”

New applications of this technology are being dreamed up all the time. Whether it’s in the arena of urban planning around traffic planning or spatial density, or tools for blind people, even new musical instruments, there are a wealth of possibilities that are becoming evident with inFORM.

One of the most astonishing demonstrations during Follmer’s TED Talk was the ability to render a person or an object remotely. Popular Mechanics magazine explains how “for this, the tangible media team decided to use a standard Xbox Kinect, a sensor typically used for motion-intensive gaming, to capture a person’s movement. A mounted projector also displays color.” 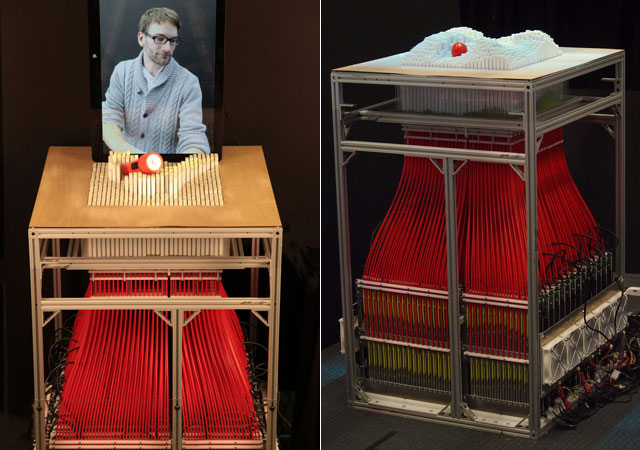 The ultimate effect of this is like seeing a person reach through a digital screen and manipulate objects on a table in another space. “Or you can have an object that’s linked between two places, so as I move a ball on one side, the ball moves on the other as well”, said Fowler at the TED Cern conference.

Over the next five years, many of the devices that we buy will be internet enabled and connected in ways that attempt to make our lives easier. But it is becoming easier to predict a time when devices themselves are obsolete, and the environment that we build and live in, takes on an intelligent and fluid dynamism that is likely to transform the globe in ways we are only beginning to imagine.