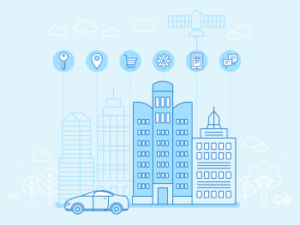 4 Industries Being Transformed By The Internet of Things

Every year, more and more media organizations race to predict the trends that will come to shape the online landscape over the next twelve months. Many of these are wild and outlandish and should be consumed with a pinch of salt, yet others stand out for their sober and well-researched judgements.

Online business publication Business Insider has a solid track record in the game of predictions, and there are some extremely interesting predictions with regard to the Internet of Things (IoT) and the ways that it is shaking up global business.

Connected cars are set to become ever more popular in the coming months. A recent survey revealed that two-thirds of new cars shipped in the US will be connected to the internet. That’s strong growth and it happens for many reasons.

On the supplier side, the auto industry benefits from the big data generated by thousands of connected cars in the real world, while consumers are in thrall to the media, data and applications which are geared specifically to people on the move. During 2016, it’s predicted that automakers will start to push updates and fixes to cars through the internet, which will be a massive change and signal the beginning of the end for mass recalls to deal with a problem.

The surge in the Internet of Things implies more devices are connected to the internet, and this brings with it greater security threats than ever before. Devices can be hacked, controlled remotely and data can be stolen. “As a result, as IoT devices become more common, and as companies become more wary of their vulnerability to data being stolen by hackers, we expect a huge surge in demand for insurance policies that protect against cyber hacks,” claims the report.

On the subject of insurance, the Business Insider Intelligence Report predicts that insurers will rely more and more on IoT to minimize their risk and inform their decision making.

In 2015, insurers used IoT to track the driving habits of those they insured, and were extremely pleased with the results. You can expect the same sort of data-driven research from insurers when it comes to homes, offices, and even personal health data through devices such as FitBit and Apple Health.

Big data and the internet of things are going to have a profound impact on the insurance industry, and all the signs are that this change is already underway.

The collapse in the oil price during the last year has meant a major shakeup for oil producers around the globe. Producers don’t expect much of a recovery this year. As a result, maximizing efficiency has become a watchword for the industry. “We believe many of them will utilize IoT devices and analytics systems throughout the oil supply chain (upstream, midstream, and downstream) to improve their profits.”