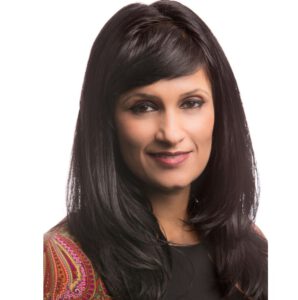 Hardly a week goes by without coming across news around the increase in the number of organizations moving their workloads to public clouds. In the digital world, embracing cloud is a fundamental requirement for engaging customers and conducting business at scale. Due to a multitude of factors, including compliance mandates, risk tolerance and IT capabilities, an organization’s infrastructure is more likely to be an eclectic mix of public and private cloud, and traditional on-premises – in short, hybrid IT.

Most organizations understand the cost and agility benefits of cloud and the need to embrace a hybrid model that enables them to meet a variety of specific business requirements. What’s less clear, however, is how organizations must constantly shape and refine these models to drive a sustainable business advantage. In other words, embracing approaches and technology that helps them to constantly exploit the cloud as a means to deliver what it should really provide – a way of future-proofing business.

So against this backdrop, it’s important to consider some of the many challenges that stifle an organization’s ability to fully leverage cloud:

In other words, cloud doesn’t simply shift workloads to rentable, low-cost infrastructure. It ratchets up business value—while also ratcheting up difficulty in the bargain.

How Will IT Cope?

These challenges continue to perplex IT departments. Now, IT isn’t just faced with managing more, but how to effectively co-ordinate a myriad of resources into cohesive digital processes without adding unnecessary cost and risk. Consider for example a decision to use public cloud services for testing. It’s a common use case for public cloud, but for businesses operating in highly regulated industries, how do they effectively transfer on premise customer records without exposing personally identifiable information?

hybrid cloud challenges like these are forcing IT to adapt in many ways. Three adaptations are proving to be particularly important:

Cloud offers the enterprise tremendous opportunity – and its adoption, in some capacity, is essentially inevitable. But no one should think cloud will make IT any easier. We instead need to prepare for the management challenges it will continue to present, so that businesses can fully reap the benefits from cloud’s potential.

Prior to working at Cisco, Aruna was the Vice President of Global Product and Solutions Marketing at CA Technologies (Now Broadcom)

Before joining CA Technologies, Aruna held several management positions in product marketing and engineering at Juniper Networks and HP. Aruna earned an MBA and master’s degree in Computer Engineering from Santa Clara University and holds a bachelor of science degree in computer science from Bangalore Institute of Technology.