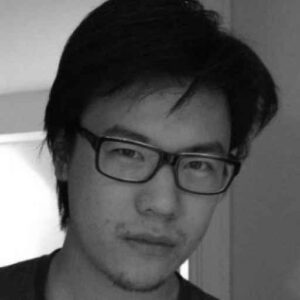 3 Groundbreaking Wearables In The Travel Space

The advent of wearable technologies had many expecting a utopia free of 20th-century pains such as paper maps, customer loyalty cards, lost luggage, and sluggish airport security.

Unfortunately, technological limitations have prevented wearables from revolutionizing the world. A number of devices struggle with voice recognition: Travel technology company Sabre found that about 16 percent of voice commands were ineffective with Google Glass during tests at an airport. To top it off, GPS in smartwatches and smartphones sometimes misses the mark, and battery life in most wearables is dismal.

If wearable use were as prolific as smartphone use, the potential applications while traveling might be nearly limitless. For now, initial excitement over wearables has not translated to long-term use. While a 2016 survey by PricewaterhouseCoopers found about 49 percent of respondents owned at least one wearable, the same study found that daily use of those devices decreased over time.

With data networks everywhere upgrading to 5G, connectivity woes might soon be a thing of the past. Rising interest in virtual reality and augmented reality technologies and Internet of Things applications is fueling curiosity in the devices, and advances in batteries and charging capabilities have the technology poised to break into the mainstream.

Wearables on the Rise

Nearly every tech company has a full line of wearables, and even fashion juggernauts such as Under Armour are moving toward connected clothing. Three main types of wearables are reaching mainstream success, and their applications will revolutionize the way we travel.

Smartwatches can be used to pay for meals, book hotels or cars, and check the status of flights. Most major airlines already have an Apple Watch app that allows travelers to board by scanning their wrists rather than tickets. Hotel chains are investigating ways to use smartwatches for room keys. And vibrational GPS while traversing an unfamiliar city is invaluable.

The high-tech eyewear connects to your phone, and headsets such as Samsung’s Gear VR and Mattel’s View-Master VR use smartphone cameras to deliver AR. Several generations of consumers are being introduced to untethered AR experiences, while Google negotiates with retailers and manufacturers to embed its Glass technology into eyewear across the globe.

Travelers will soon be able to use AR to provide interactive maps, travel guides, notifications, and flight updates while they interact with the real world. The technology is still in its infancy, but the smart glass industry will change travel when it reaches full maturity.

Wearable cameras are often mentioned in relation to police officers, but tourists could also benefit from this technology. With the small cameras now readily available for a modest price, travelers can get in on the action to document their adventures in innovative ways and share them with friends and family.

In fact, the action camera market already has moved to spherical cameras, with Kodak’s Pixpro SP360 4K camera offering the most compact solution. Using two GoPro-sized SP360s, anyone can capture immersive, 360-degree views of exotic locales from around the world. With social networks pushing for more visual content, capturing and sharing vacation photos will only become easier.

Signs of a Wearable Revolution

Passenger IT Trends Survey found 77 percent of respondents were comfortable with airport staff using wearable technology to help them. That same year, World Travel Market named wearable tech as one of its top trends.

The benefits are clear for travelers: Wearable tech can replace sagging fanny packs and wallets bulging with paperwork. Rather than carrying around credit cards, tickets, receipts, and identification documents, travelers can store and access everything from a watch to glasses to eventually even their own solar- and motion-powered clothing. The technology can help simplify the entire customs process for both passengers and agents.

The devices also should help travel agents respond to increased demand for personalized services. By using the technology to customize holiday packages and enhance communications with clients, wearables could be a boon for the travel industry as a whole.

Smartphones and tablets have fully saturated the market, and interest in technology such as AR and gesture commands is reaching a fever pitch. These technologies are converging for both consumers and enterprises out in the wild as people untether from their desktops and make data-driven decisions on the go.

While the shift likely will have wide-reaching effects throughout society, the travel industry in particular is in line for momentous changes.