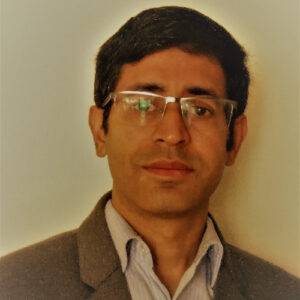 Is Machine Learning The Future? Making Your Data Scientists Obsolete

Is Machine Learning The Future?

In a recent study, almost all the businesses surveyed stated that big data analytics were fundamental to their business strategies. Although the field of computer and information research scientists is growing faster than any other occupation, the increasing applicability of data science across business sectors is leading to an exponential deficit between supply and demand.

When a 2012 article in the Harvard Business Review, co-written by U.S. chief data scientist DJ Patil, declared the role of data scientist “the sexiest job of the 21st century,” it sparked a frenzy of hiring people with an understanding of data analysis. Even today, enterprises are scrambling to identify and build analytics teams that can not only analyze the data received from a multitude of human and machine sources, but also can put it to work creatively.

One of the key areas of concern has been the ability of machines to gain cognitive power as their intelligence capacities increase. Beyond the ability to leverage data to disrupt multiple white-collar professions, signs that machine learning has matured enough to execute roles traditionally done by data scientists are increasing. After all, advances in deep learning are automating the time-consuming and challenging tasks of feature engineering.

While reflecting on the increasing power of machine learning, one disconcerting question comes to mind: Would advances in machine learning make data scientists obsolete?

Advances in the development of machine learning platforms from leaders like Microsoft, Google, and a range of startups mean that a lot of work done by data scientists would be very amenable to automation — including multiple steps in data cleansing, determination of optimal features, and development of domain-specific variations for predictive models.

With these platforms’ increasing maturity and ability to create market-standard models and data-exchange interfaces, the focus shifts toward tapping machine-learning algorithms with a “black box” approach and away from worrying about the internal complexities.

However, as with any breakthrough technology, we need to recognize that the impact of the technology is limited unless it is well-integrated into the overall business flow. Some of the most successful innovations have been driven not by a single breakthrough technology but by reimagining an end-to-end business process through creative integration of multiple existing components. Uber and Netflix offer prime examples of intelligence gleaned from data being integrated seamlessly into a company’s process flow. Data scientists play a key role in this by leveraging data to orchestrate processes for better customer experience and by optimizing through continuous experimentation.

While organizations across industries increasingly see a more strategic role for data, they often lack clarity around how to make it work. Their tendency to miss the big picture by looking for “easy wins” and working with traditional data sources means that data scientists have an opportunity to help frame problems and to clearly articulate the “realm of the possible.”

From Data to Strategy

It is easy to get carried away by the initial hype that machine learning will be a panacea that can solve all the problems and concerns around its impact on the roles of data science practitioners. However, let us recall the AI winters in the mid-’70s, and later in the ’90s, when the journey to the “promised land” did not pan out.

Today, we don’t see the same concerns as in the past — lack of data, data storage costs, limitations of compute power — but we still find true challenges in identifying the right use cases and applying AI in a creative fashion. At the highest of levels, it helps to understand that machine learning capability needs to translate into one of two outcomes:

Stakeholder management becomes extremely important throughout the process. Framing key business problems as amenable to data-led decision-making (in lieu of traditional gut feel) to secure stakeholder buy-in is critical. Consequently, multiple groups need to be involved in identifying the right set of data sources (or best alternatives) while staying conscious of data governance and privacy considerations. Finally, stakeholders need to be fully engaged to ensure that the insights feed into business processes.

Given the hype surrounding big data analytics, data scientists need to manage responses that fall on opposite ends of the spectrum by tempering extreme optimism and handling skepticism. A combination of the following skills that go beyond platforms and technology are thus needed:

This requires pivoting a data scientist’s remit in a company from a pure data-analysis function into a more consultative role, engaging across business functions. Data scientists are not becoming obsolete. They are becoming bigger, more powerful, and more central to organizations, morphing from technician into change agents through the use of data.