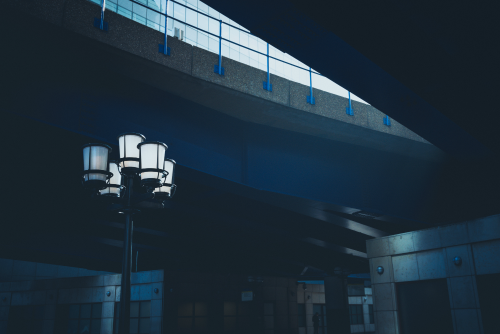 The Future of Chatbots

We’ve profiled several digital wallet platforms that aim to change how we make payments. Apple, Samsung, and Google all have mobile wallet apps hoping to convince users to use their smartphones instead of credit/debit cards and bank accounts to send money and pay for purchases. By 2020, analysts project 56 percent of the consumer population to use mobile payments.

However, digital wallet adoption is still low. Avivah Litan, an Analyst at Gartner, credits the ease of use of current payment systems with this slow transition.

“It’s incredibly easy to swipe or dip a credit or debit card at a payment terminal and U.S. consumers are used to this mature payment application where they know they are well protected from financial loss…..It will take a lot of persuasion and financial incentives to get consumers to change their payment habits.”

And it looks like this persuasion isn’t going to come from digital wallets, but rather chat programs.

The Rise of Chatbots

Facebook Messenger is one of the most popular mobile chat apps in the world, with over 900 million registered users on the platform. To compete with other messaging apps like Kik, Line, and Telegram, Facebook added chatbots to the service in April 2016, its enterprise partners quickly created over 11,000 chatbots on the service.

These chatbots are a faux form of artificial intelligence – human-like interactions with a conversational tone powered by a backend database the bot navigates based on user responses. The natural feel and personality of these bots made them instantly popular among users.

It wasn’t long before brands like Domino’s and Taco Bell allowed customers to place orders using these chatbots. Media outlets like the Wall Street Journal and CNN implemented bots to help readers browse the news. Retailers like Sephora and Target implemented personal shoppers.

Soon, the financial industry caught on and major players are now working on their own bots.

The Coming of Financial Chatbots

Although launching on Facebook’s Messenger platform, MasterCard intends to eventually release its bots on every major messenger platform. Michelle Moore, head of digital banking at Bank of America, agrees with MasterCard’s direction.

“What will banking be in two, three or four years?” Moore asked. “It’s going to be this.”

Moore is referring to Erica, Bank of America’s newly launched chatbot that can give advice on bills, initiate money transfers, and more. Although not yet available to customers, Erica is being fervently tested at the bank as a way to reduce operational and customer service costs.

Allowing customers to navigate their bank account through an automated Messenger program not only saves money, but it helps overcome the hurdles encountered by digital wallets and other mobile payment options.

Unlike a mobile wallet, chatbots are more convenient than traditional plastic cards, because they provide more information and utility in a conversational interface. You can’t check your balance or transfer money using just your card, but you can with a chatbot.

Although major brands are used as examples in this article, it’s small business that will inevitably benefit from chatbots. With such a solid infrastructure being built, smaller businesses can take advantage of this new technology to provide innovative services not yet available by major brands.

MasterCard’s secure Masterpass platform acts as an infrastructure that can be used by smaller teams to enable mobile messenger payments and purchases to open a new sales avenue. Initial costs are minimal, as are operational costs, as the bots run on the servers of the messenger platform.

Facebook’s developer tools walk you through how to create a chatbot for FB Messenger, as do Kik, LINE, and Telegram. Using these APIs, businesses can create powerful chatbots to keep users engaged and generate an ROI.

While the conversational interface of chatbots makes them attractive to both investors and users, there’s still a long road ahead. There are already tens of thousands of chatbots crawling around messenger programs, and many users still aren’t aware they’re available. Widespread adoption is still several years off.

Still, experts in both the financial and technology sectors are keeping an eye on chatbots, which have prominently featured in Facebook’s F8 conference, the Money 20/20 conference, and CES 2016. Businesses looking to disrupt the financial industry need look no further for the perfect avenue to do it.