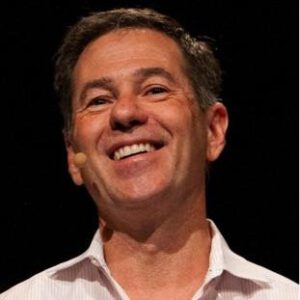 The Key To Improving Business Lies In Eye-Interaction Tech

Analysts at Goldman Sachs predict virtual reality revenue will surpass TV within the next decade. More than just some gaming fad, VR represents a whole new way for organizations to train, research, and explore vast amounts of data. Despite its popularity, however, VR is still not in the hands of the majority, and business on a large scale cannot function without all business partners having access to the technology.

Navigating with your eyes

Neither facial- nor eye-tracking technology is new, but manufacturers like Qualcomm are already implementing eye-interaction technology into the next generation of VR headsets. For business VR applications, which are mostly simulation-based, this technology allows users to connect with their environments using their eyes, making interactions within VR more natural.

Lockheed Martin and NASA are already using simulations to test new equipment and train employees in environments they don’t have easy access to. And a company called Medical Realities is enabling the healthcare industry to do the same, viewing real surgeries in a virtual environment.

But focusing only on hand interaction misses the real capabilities of VR, which are to zoom where someone is looking, focus, rotate, and select objects with a glance. With eye tracking software, when users are interested in looking at something, they naturally move their eyes instead of relying on their hands to move the viewfinder.

Businesses interested in adopting VR technology may be wary of taking on a system that consumers haven’t fully embraced. With eye-interaction technology and VR working together, however, business applications known to slow down productivity have a chance at working faster.

Here are three of those applications:

1. Workflows. Automotive engineers and other manufacturing industries use simulation tools to model products before moving into production. The use of eye-interaction technology could bring a completely new workflow into this environment. For example, rather than making exaggerated head movements to find problems with the interior of a newly built car — which not only takes longer, but also can cause neck problems — manufacturers will use their eyes to take in details and explore the way our eyes naturally do.

For companies that rely on inspections or simulation tools, they should start evaluating the time it takes for inspections and simulations to work now. With 1 in 3 manufacturers thinking about adopting VR, they need a better understanding of what’s taking up the most time. Once they do, the speed of the eye’s reaction time (900 degrees per second) can be factored into their decisions.

2. Meetings. Successful communication methods historically model proximity, with letters allowing people access to another person’s thoughts, phones letting them hear another’s voice, and video conferencing showing their faces. Now that VoIP and video call technology is in the market, people are accustomed to using videoconferencing tools for conversations and meetings.

Eye-interaction technology is a key component in modeling real-life human interactions in an immersive virtual environment. A recent Wall Street Journal article even noted, “One of the biggest challenges today for companies creating meeting spaces in virtual reality is to make avatars that realistically capture and instantly reflect the users’ emotions.” With eye interaction, meetings allow team members to lock eyes to help convey those emotions.

Businesses interested in trying virtual reality for remote meetings should test a couple of head-mounted displays, if possible — ones that employ head movements, hand movements, and eye movements. Testing each type of head-mounted display will allow companies to recognize what makes their employees more comfortable — and which reduces miscommunications brought on by voice chat or video chat alone.

3. Training. Being able to sit employees or students through realistic simulations of their jobs is beneficial to all involved. According to a 2010 report for the Journal of Emergencies, Trauma, and Shock, the realistic scenarios and equipment created in simulations allows for effective team building, more thorough training, and mitigated risk for all involved.

The military and several large organizations are already effectively using VR training. And with Mindflash using eye-tracking technology to measure what information used in training is engaging and what isn’t, using eye-interaction for training simulations isn’t far behind.

Eye interaction enables an organization to train the gaze of novices to match that of masters and experts. Experienced workers in every industry understand what details matter most, from police officers scanning a subject to call center employees navigating multiple screens. When evaluating VR headsets for a business, decision makers should try to get at least two: one for a trainee and one for a trainer. With two people using headsets, a novice will be able to follow a master’s gaze as long as eye tracking is used.

While the consumer and Gaming applications of VR get the most press to maximize market saturation, the long-lasting business uses of VR are unlimited.

VR is inevitable, and to stay relevant, businesses will have to incorporate this technology into their processes — and fast. VR is currently in its technological infancy, and the culture is shifting to nurture this new child as the next industry disruptor. It will become the bedrock of interaction, gaming, social media, and yes, business.