Overall, 74 and 70 per cent were very satisfied by their smart home device and supporting mobile app, respectively. This is a very high percentage in light of security issues surrounding the Internet of Things and connected home devices.

The reported user satisfaction may be linked to a survey by the Interactive Advertising Bureau (IAB). It reveals that the average connected device owner in the U.S. tends to be a college-educated parent aged 18 to 34 who earns more than average. Smart homers are members of a generation keen on things ‘smart’ and likelier to trust gadgets connected to the internet. Still, 56 percent of users would adopt encryption to protect their data if they had a say in customizing their smart homes.

That said, users would not worry unduly about privacy if they find the smart home product or service useful. Only 9 per cent of the smart homers surveyed admitted worrying about data privacy, while 8 per cent had concerns over data security.

The biggest constraint on smart home adoption relates to connected device affordability. Nearly half of consumers, 42 per cent, say the high price of IoT devices generated most hesitation. About 52 per cent of PwC respondents said they would be likelier to purchase a smart home device if they could use a payment plan.

This follows the well-trodden path of many a new market or industry. When Henry Ford released the Model T, autos were toys for the wealthy. It was finance for the masses that gradually turned them into today’s mass transportation mode. It relates particularly to comprehensive and costly smart home solutions, as opposed to simpler smart home devices for individual applications.

Towards a customizable future 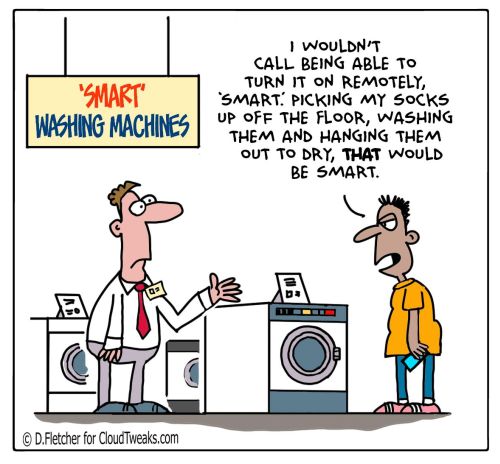 Alongside encryption, smarthome users insist on several key features for the future. Half of respondents, 48 per cent, wanted an easy to use interface. This remains an issue as there is still no standardized IoT platform. In the same train of thought, 42 per cent would like to have a universal app to control all their devices and would expect one to appear as a natural future development.

Some 52 per cent wanted 24/7 customer support, while 46 per cent wanted to customize and automate the functionality of their smart home devices. The IoT industry might also note that 42 per cent expected both voice control and seamless integration with other devices, which again points the finger at the current market fragmentation and lack of standard platforms supporting diverse IoT devices.

Nearly half the customers have limited budgets and would opt for simpler connected devices. They would control lights, security cameras, locks, thermostats, garage doors, domestic appliances, and cars. Not surprisingly, it is precisely these devices that are currently widespread, alongside ones controlling TV sets, which says much about the development of the smart home market.

The clear trend would be for today’s simpler, often incompatible devices, to coalesce into more standardized and comprehensive environments. As today’s Millennial generation moves into middle and senior age, today’s emerging IoT market would have traversed the Ford Model T’s progress to daily reality for practically everybody.