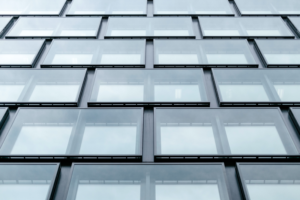 Companies Must Be More Transparent About Security Moving Forward

You may remember, Home Depot was affected by a sizeable data breach in 2014. The incident is widely considered one of the largest point-of-sale heists of all time because over 56 million credit cards were involved, read and compromised. Needless to say, it led to an unprecedented amount of customers affected by such a breach.

Home Depot became aware of the breach in early September of that year and quickly acted to remove “unique, custom-built malware” from infected point-of-sale systems. It had been collecting credit and financial information about customers who were buying products from the popular DIY store and completing transactions through self-checkout lanes.

In this situation, consumers swiped their credit cards, their info was collected, stored and compromised. Hackers will notoriously sell lists of personal information, including credit card data, on the black market.

One thing we’re still learning from the attack is that security is nothing to be taken lightly. It’s going to cost the company well over $179 million to pay for damages incurred during the breach, not including legal fees and additional payouts that might happen.

This, is on top of $134.5 million that Home Depot has already paid out to Visa, MasterCard and a variety of banks. Plus, there were additional consumer-related lawsuits from the breach that customers filed to protect their own interests.

All that money? It’s going to banks and financial institutions that had to deal with the brunt of the attacks on customers’ data. Any banks that filed claims will receive $2 per compromised payment card, and they don’t even have to prove their losses. This matters, because they may have already received compensation for losses from another party. So, essentially, they’re getting double the reimbursement cost.

But that’s not all. For institutions that prove their losses, they may be awarded up to 60% of their uncompensated costs in a “documented damages award,” all of which can be seen in settlement documents.

It’s no secret that credit unions, affected banks and their members were most damaged by the lax security standards the merchant had in place. It calls into question who is responsible when something like this happens.

Clearly, Home Depot didn’t do everything they could to protect the associated data, and now they’re paying for the costly mistake.

Home Depot Must Be Transparent About Security Going Forward

One stipulation set forth in the settlement is that Home Depot needs to work on their data security by doing some risk assessment and then taking the necessary steps to lock down any vulnerabilities or weaknesses.

The settlement requires them to conduct and facilitate annual reviews of Service Providers and vendors who have access to payment and financial information. They must also come up with a valid security-control framework that protects both customers and financial institutions from further losses.

It’s likely they will now implement a more secure point-to-point encryption (P2PE) strategy, using something like 2048-Bit RSA Encryption. This is an incredibly secure data standard that can be used to protect information in the payment industry.

Encryption locks data behind a unique passkey by making it unreadable without it, and it cannot be deciphered — known as decrypted — without the appropriate key. With encrypted databases, it doesn’t matter if hackers breach the system and steal it. Unless they can crack the encryption or have the key, they cannot read the data.

Considering the amount of money Home Depot is now doling out to amend for its mistakes, boosted security is something they will certainly be looking into. It’s also something the rest of us should be looking into for our personal bank accounts and online payment processing.