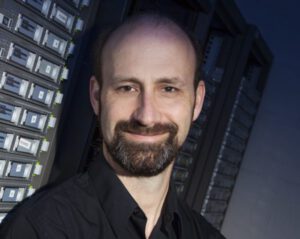 The Cloud and Endpoint Modeling

The worldwide migration of IT resources to the public cloud continues, at a head-spinning pace. Global public-cloud spending was forecast to reach $96.5 billion in 2016, according to IDC — and this spending is expected to more than double by 2020, while overall IT spending sees only a 13 percent increase during this period.

Yet the effort to secure all of those cloud-resident services, applications, and data lags far behind. In a 2016 Unisys survey of U.S.-based business and IT executives, 42 percent of respondents named security as the most challenging aspect of cloud management. In a Ponemon Institute survey, 54 percent of respondents said their companies do not have a proactive approach to managing security – or complying with privacy and data-protection regulations – in cloud environments.

The drivers of this rapid migration are well understood: business leaders cite cost reduction, faster access to computing capacity, and the need to replace end-of-life technology, among other factors.  However, these benefits come at great potential cost, because the cloud carries with it new security risks.

The familiar bugbears of legacy computing environments – such as data breaches, phishing attacks, and ransomware – are compounded by new potential threats in the cloud, including system vulnerabilities created by multi-tenancy, APTs (advanced persistent threats) introduced to cloud accounts, and abuses such as using cloud-computing resources to launch DDoS (distributed denial of service) attacks.

Where do these new threats come from? In large measure, they are the result of the fundamental differences between public clouds – such as those offered by Amazon, Microsoft, Google, and IBM – and legacy computing environments. Unlike conventional networks, the public cloud:

What’s more, the vast amounts of data stored on cloud servers have made cloud providers an attractive target, prompting hackers and other malefactors to develop new techniques to access important data and applications stored in the public cloud.

In such a setting, it’s no wonder that IT and security professionals – charged with protecting their organizations’ networks, devices, applications, and data – can be fretful, even fearful, about trying to maintain security in the public cloud. One of their biggest concerns is the lack of visibility: the difficulty of seeing, in real time, what the assets within your VPC (virtual private cloud) are doing, as well as monitoring external activities that may be trying to compromise your assets in the cloud.

As you might expect, security solution providers and cloud providers have been active in innovating to meet the new threats. Security vendors have beefed up tools familiar from conventional networks, such as firewalls, IDS/IPS systems, and logging, to make them useful for customers who are now active in public clouds. They have also adapted processes like encryption and tokenization to the new environment.

For their part, public cloud providers have developed and implemented – for the benefit of all customers who want them – a wide range of “cloud-native” services that automate tasks essential for operating securely in the public cloud, in order both to protect their customers and to increase their confidence.

Amazon, for example, has introduced a set of innovative services that enable its AWS (Amazon Web Services) customers to monitor, measure, and respond to their traffic in a VPC environment. These services include:

But even when a public cloud provider does its best to run a tight ship within its own purview, lots of security pitfalls will remain in any public-cloud environment. Many of them are the result of customer organizations’ behavior, such as:

As a result, Amazon and other major providers advocate a shared responsibility model for security within a public cloud. They secure the hardware that customers’ instances run on, while the customer must take care to secure its own computing environment, as well as the resources it has initiated in its public-cloud footprint. While the public-cloud infrastructure provides a great foundation for security, it remains the cloud user’s responsibility to leverage those services to create and operate a secure application “in” the public cloud.

This brings us back to visibility, or the persistent challenge of having, and maintaining, a detailed understanding of how your users, applications, and IT resources are behaving – locally, remotely, or in the public cloud.

One new class of solution has rapidly gained acceptance and use in the past year, because it addresses network vulnerabilities in ways that conventional security tools simply cannot. This advanced threat-detection system, which complements an organization’s security portfolio, is endpoint modeling.

Endpoint modeling automatically discovers each device that is on your network; creates a software-based model of that device’s usual behavior; continuously monitors the behavior of the device over time, looking for any deviations from the model; and when an exception occurs, generates a near-real-time, actionable alert to your security analyst(s), so that your organization can respond to a potential threat.

For example, wouldn’t you like to know when a device accesses the internet for the first time? When a domain controller makes use of a Google form? Or when a local (but networked) printer suddenly behaves like a Web server, serving remote clients? These and countless other “anomalies” in an organization’s network are systematically tracked, identified, and reported by an endpoint modeling solution.

The advantages that endpoint modeling offers over conventional security tools are worth noting. Most important, it provides a higher degree of visibility into what’s happening on a network, in real time. It can discover problems or threats that were previously unknown to the network’s guardians, because it is not dependent on recognizing threat “signatures.” Instead, it is able to combat end-to-end encryption, not by packet inspection, but by tracking the behavior of users and devices that employ encryption. It generates no more alerts than are required to accurately report on a network’s activity, and minimizes false alarms. And it is platform agnostic, working equally well on legacy (on-premise) networks, public-cloud environments such as AWS and Microsoft Azure, and hybrid infrastructures that combine legacy and cloud.

While the cloud, for all its advantages, is known for its lack of visibility, endpoint modeling holds the promise of cutting through the mist.

Patrick Crowley is the founder and CTO of Observable Networks. He is also professor of Computer Science & Engineering at Washington University in St. Louis where he has been a leading researcher on deep packet inspection (DPI) technologies within various academic, commercial, and government communities.