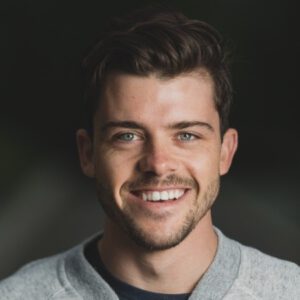 Most people think of banks as one monolithic entity, but they are actually made up of hundreds of independent, pseudo-integrated systems. When a bank wants to make any kind of change, it has to conduct regression testing on potentially hundreds of systems and justify the operation-related and reputation-related risks if it fails.

Multiple players have aimed to step up to meet the opportunity (Plaid, Wipro, and Dwolla, to name a few). Although each has a different approach, they generally leverage API to function as a sort of middle layer, allowing banks to integrate with third-party applications and establish new distribution channels without disturbing their core infrastructure.

Most open banking platforms are still in the conceptual stage, but they represent the best shot a bank has at staying technically relevant without investing millions, or even billions, in a core tech overhaul.

Open Banking Is (Almost) Upon Us

Calls for open banking have grown in recent years as consumers demand more transparency and increased data security. Open banking software would theoretically provide more transparency by allowing people to monitor their finances more closely through secure apps and APIs and employ fintech’s much quicker access to deploy their own products.

However, the fintech sector enjoys a key advantage when it comes to open APIs. Not only do APIs offer faster ways of deploying new tech, but they also raise customer expectations and hasten the value-creation arms race. If product experience becomes dependent upon technology, it’s only to the benefit of fintechs and the banks that deploy tech-first approaches.

Market pressures will eventually force most banks to adopt open banking, using APIs to make the transition. Some regulations, like the Second Payment Services Directive in the U.K., are actually forcing banks to make their data publicly available by 2018. Once APIs are deployed, access to the best financial products will be democratized, which is when things will get really interesting. Most banks still rely on selling expensive credit and investment vehicles to meet quarterly projections, and convincing boards and staff to cannibalize their own revenue streams is incredibly difficult.

Until we have truly open banking and API access, fintechs need to focus on a few narrow approaches:

1. Go really niche, and offer extrapolations. Target a small group of customers using your Scaling strategies. Once you’ve achieved success with a core audience, extrapolate the results to demonstrate the broader potential. Focusing on a very narrow niche provides the best chance of getting strong engagement metrics. At Koho, we get users from 18 to 60, but we focus on 28- to 33-year-olds who are starting to prioritize their finances.

2. Map out an end game. For an API partnership to work, you must understand what the client’s goals are. Make sure its leadership takes innovation seriously. Many “innovation departments” are well-intentioned but end up as academic tire kickers.

A recent Bain & Company survey found that innovation was among the top three priorities for many top executives, yet less than 25 percent considered their organizations “effective innovators.” Don’t be misled by promising verbiage; establish what success looks like to the client from the outset.

3. Pursue decision makers who aren’t bound to profits and losses. Motivating traditional banks through revenue is unlikely, even for the most successful fintech, so they’ll be more inclined to listen if there’s a strategic benefit.

The biggest benefit fintechs offer is risk control. Banks can’t afford reputational risk, which ties their hands on implementing new technology. Investing in startups as minority shareholders provides a low-risk way for them to get insight into customer behavior and hedge with the winners.

Ethical cross-selling is another in-demand ability. Customers generally need six to eight financial products by the time they reach adulthood. Most people would prefer to get them all from their primary banks. But these companies rely on entrenched branch and sales teams that are compensated through incentive structures that hurt customers.

The Wells Fargo scandal is a prime example of this phenomenon. Employees were rewarded for the number of products sold to each user, driving many of them to take drastic and unethical measures. Fintechs that can crack above-board, transparent cross-selling improve their chances of attracting banks to their APIs.

Open APIs enable companies to meet consumer demands for secure, transparent, user-friendly banking without executing a complete overhaul of their technology stacks. Those with established proofs of concept and traction will be in the best position to take advantage.

The Cloud is Heading to an Entirely New Formation in 2023
Trouble is Brewing Cloud Paradise - 2023 Will Determine Company's Long-Term Plans for Cloud Use The relationship between developers and the cloud was practically love at first sight. For years, migration to the cloud in ...