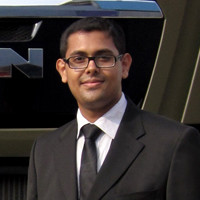 How prepared are you to overcome the misuse of AI

Overcome the Misuse of AI

Have you ever considered that the AI system integrated into your organisation’s computing infrastructure could possess a threat? What if it is indeed true? Will it wreck your entire organisation and cause massive breaches of sensitive information? We can only speculate about the things that could happen in case if such an event turned out to be true.

Eminent thinkers, futurists, and CEOs have all declared AI as the future but they did not step away from cautioning about its other side too. Professor Stephen Hawkings has mentioned how AI could become a dire threat to the entire humanity. Meanwhile, futurists like Ray Kurzweil have discouraged all these concerns with a positive note of AI’s possibilities in enhancing the quality of life.

Certainly, the introduction of AI has been a great boon for enterprises. Compared to all other fields, the enterprise sector has remained open to all technological trends. As such, advancements in computing like Artificial Intelligence, Machine Learning etc. have found widespread acceptance in enterprises for managing their operations and processes.

Where it all Began?

Since it was first conceptualized in 1956, Artificial Intelligence or AI became a major area of study. During its initial phases of development, computer scientists conceived an idea of machines that can think. Computers mimicking natural intelligence to make better decisions without human intervention were thought as the next step in computing that could deliver the needs of future generations.

This vision quickly became a reality today and it is now impossible to think of any area in computing where AI hasn’t left its mark. From digital assistants that we use in our smartphones, to online shopping and customer support, AI powers them all.  Moreover, it is rapidly growing into other areas as well like content recommendation, fraud detection, smart cars etc.

However, the enormous developments in AI is a growing concern for many. Science fiction has popularized the idea of machines taking control over humans and the consequences of AI. This is true in some regard as we are witnessing a situation where AI is taking over jobs across industries and processes such as an automobile assembly line.

AI becoming a self-aware entity that could spell doom for the human civilization is not a convincing idea today. Although authorities in the field have asserted that AI can help humanity progress, they have cautioned about how it could end up in the wrong hands.  The potential for misuse still looms largely as the people in control may utilize AI for several unethical purposes.

We can see this misuse of AI at work by examining some of the recent issues in the technological world. As such, we will highlight two recent examples of how large entities misuse AI for achieving specific targets.

A Case Study of AI Misuse

You might have recently come across the scandal that involved the controversial Data mining startup Palantir in its alleged use of data secretly collected from citizens across the United States to predict their behavior. Palantir works for the US Government and has successfully demonstrated how data can be used for prediction such as in warfare.

Recently, Palantir was again in the spotlight for its collaboration with the New Orleans Police Department to foresee crimes with the help of its predictive algorithmic AI system. This remained unknown to the public with privacy advocates expressing concern over AI’s foray into policing.

Moreover, there are concerns over algorithmic predictions going wrong and the results being still invalid without approval of a constitutional authority.  This remains a classic example of how AI is misused by tech companies for the sake of huge corporations and governments.

Another key example of how AI was used for unethical purposes was the recent Cambridge Analytica and Facebook scandal. The political consulting firm, Cambridge Analytica used a form of weaponized AI to secretly mine personal data of Facebook users and analyze it to influence their choices in the elections that put Donald Trump into the Presidential chair of the United States.

With massive troves of user information available in social media platforms like Facebook, AI algorithms can be programmed to harvest personal data and use it to psychologically influence people’s decisions.  This scandal highlights how AI can be misused for the purpose of propaganda and political interests.

The Consequences of AI Misuse

Any misuse of artificial intelligence systems can potentially cause disruptions and unprecedented results. The most obvious threat that AI could cause is in its weaponization. Automating defense architecture has the potential risk of causing destruction on a wide scale and not easily reversible. The military applications of AI such as autonomous weaponry can result in a completely different and more destructive form of warfare.

Besides, a report based on the malicious use of AI has identified that AI can result in existing threats to strengthen like cybercrime.  The advancement of AI could also mean the introduction of new kinds of threats. They could easily bypass the existing security measures and disrupt the functioning of a system or cause damage to the data stored. Futurists also state that AI could end up misused in several other ways such as:

What it Means for the Enterprise ?

AI has made a significant impact on how businesses function. According to a research done by Mckinsey Global Institute, the investments in AI is growing at a rapid pace with about $39 billion of investment alone in 2016. The adoption rate is low, but larger businesses are already into deploying an AI system into their computing infrastructure.

For most businesses that have used it, AI has given them a competitive advantage by finding valuable insights into the huge sets of data owned. But the misuse cases of AI in the entrepreneurial domain stands strong. There has been a lot of discussions and studies recently about the ethics of AI in the enterprise.

Since human intervention is required to train these algorithms, it can often result in the personal biases and prejudices of the developers to become ingrained into its model. Such biases can damage the reputation of a business and create a public backlash followed by distrust among the employees and customers.

The other way by which AI can have a negative effect on the enterprise is related to security. Although regarded as an effective way to deal with the evolving forms of cyber threats, AI actually have been misused by a lot of hackers and criminals to gain illegal access into sensitive data stored by organisations. They can easily learn about the response of an AI system into a potential intrusion attempt and find ways to circumvent its defences.

Preventing the Misuse of Enterprise AI

If you run enterprise software integrated with AI, then it is important to have an understanding about its side effects. This will help you make the necessary preparations to deal with the misuse of AI in your organisation. Mostly the low adoption rate of AI among enterprises if due to a lack of knowledge regarding its implementation and functioning. The dangers associated with AI also have dissuaded many companies to adopt them into their computing infrastructure.

When deciding to implement or if you already run an AI system, then the following steps can help you prepare to tackle any misuse.

Artificial Intelligence was primarily designed to assist and enhance operations. It can simplify the processes and take human labor out of it for improving the efficiency and speed. Companies that have deployed an AI model have so far yielded successful results. It has found extensive usage in industries like technology, telecom, automobile and finance. An AI model has been proven to improve key processes in the value chain such as research & development, production, sales, marketing and user experience.

The rise of big data and advanced analytics have acquired a new role of AI particularly in large businesses. They can find insights and meaning from this large data sets, which helps in improving their products and services. However, the growing concern about the misuse of AI meant that a certain amount of precaution is necessary.

Building an AI system that aligns with your company’s core values is the ideal way, by which you can prevent any misuse. Besides, this will also give you the right amount of resources to prepare and deal with if any misuse occurs with your enterprise AI.