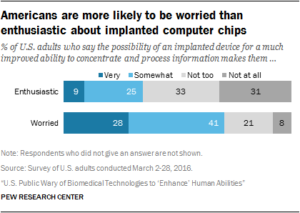 Scientists have been researching and developing brain implants that could connect the human brain to other devices in order to allow human beings to control things with their minds. But in 2020 neuroscience took a huge step towards making it a reality and 2021 is looking even more promising.

The human brain is a mystery and there’s still a lot to discover on how this organ works, but it’s proven that brain implants are helpful to people that suffer from dementia, Alzheimer’s, stroke, or brain injuries. 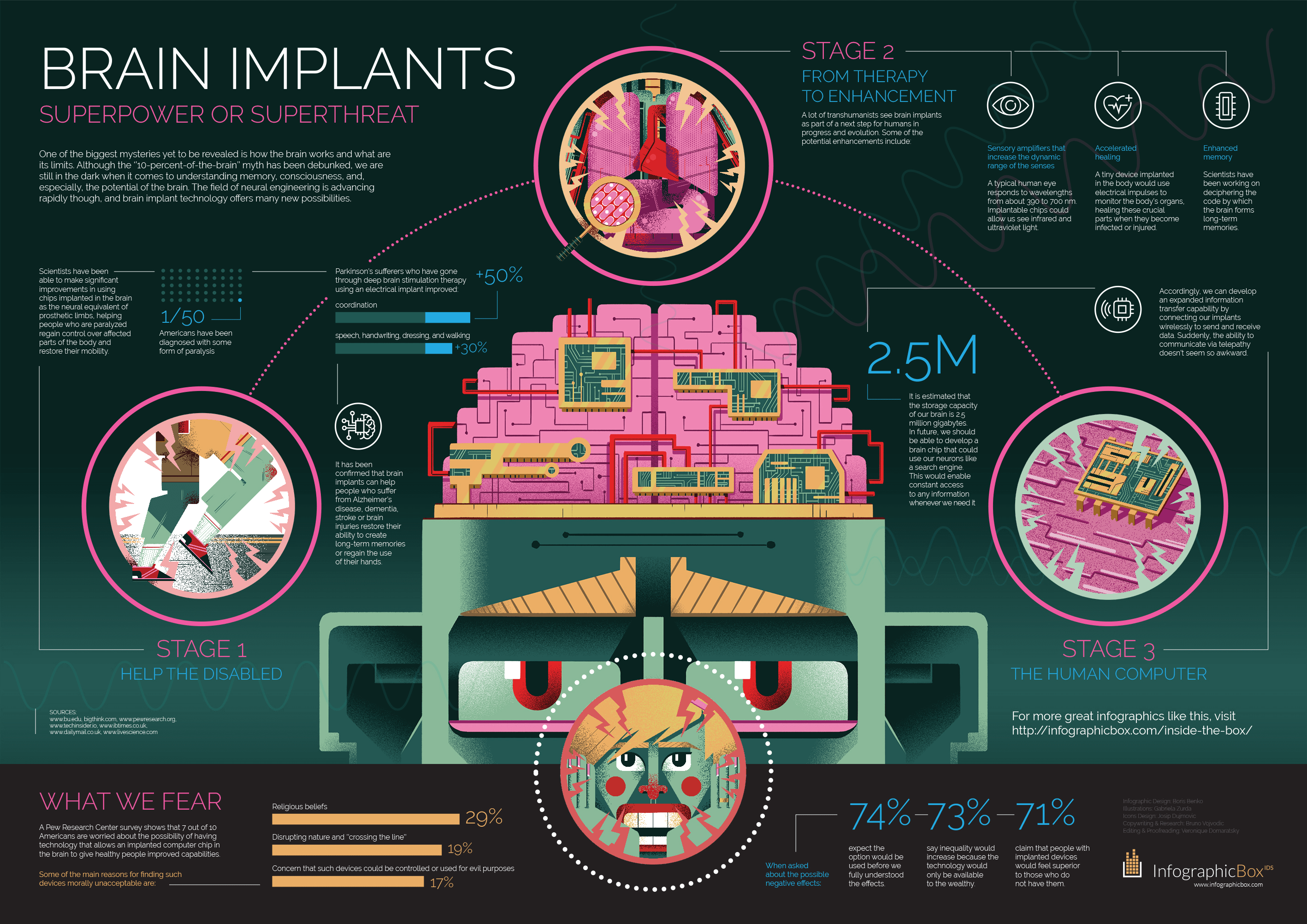 Currently, the benefits of this technology are being seen in the medical field, especially with paralyzed people that can now type with their minds after the brain implants, like Dennis Degray, paralyzed from his collarbones down after a fall over ten years ago. In 2016 Dennis had two tiny metal electrodes surgically implanted on the part of his brain that controls movements and sent a text message to his friend directly from the neurons.

Researchers also discovered the benefits of brain implants on possible vision problems after they provided an artificial vision to monkeys, so this could become a step closer to restoring vision to blind people.

But if this technology leaves the medical field, the military will also use it in order to provide completely silent communication between soldiers and the possibility of activating equipment by thinking of commands.

The brain implant made for Dennis Degray was the one developed by Utah. They proved that making brain implants is a reality, but there’s still a lot of developments to be made. The Utah implants require open brain surgery and the system needs to be wired to computers in order to decode the signal by machine-learning algorithms. It’s possible, but it’s a very limited system since it only records from a number of neurons.

The Utah implants are also unlikely to last forever as the brain’s scar tissue grows up on the electrodes, in order to repair the damage done by the implants, causing a decline in the signal quality.

Another company making developments in the brain implants area is Neuralink, owned by Elon Musk, the Tesla CEO. In August, Elon Musk revealed a prototype of Neuralink’s brain-computer interface for the first time. The device has the same size and shape as a coin, with super-thin wires — the device can be implanted in the skull with the wires only a few millimeters into the surface of the brain. The wires are responsible for detecting when the neurons are firing or emitting electrical signals.

Neuralink hopes that the devices can read and write neuron signals to help in the medical field, but also to integrate computers into the human brain.

There’s also a smaller companies betting on brain implant technology, like Paradromics and Synchron. Paradromics is also focused on developing smaller electrodes with no need for robotic surgery, while Synchron device avoids open brain surgeries and can be inserted through a vein in the back of the neck.

All the companies are working on developing this technology with medical applications in mind, but all of them have in mind that this can be later applied in the general population as they believe that people will see how innovative and transformational it can be.

The General Population Opinion on the Use of Brain Implants

As the companies believe that people outside the medical applications will want to use the brain implants technology the Pew Research Center made a survey to understand what is the public opinion regarding this subject. As brain implants are being used in hundreds of thousands of people with brain injuries and diseases the research center wanted to know, in a hypothetical scenario, what people think about the possibility of implementing a computer chip in the brain in order to process information, control devices and improve the ability to focus. 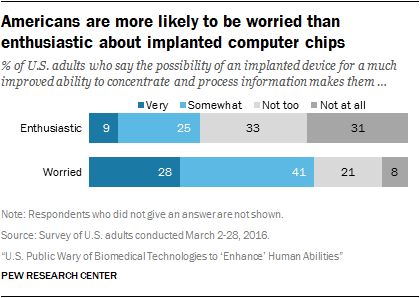 Also, 74% of Americans expect that brain implants will have more negative effects than positive ones. Also, 73% believe that the technology will increase inequality as the device will only be available for the wealthy.

The public is not looking too forward to using brain implants outside the medical field. The general impression is that the technology is going too far and won’t be helpful — something that the companies will have to work on in order to change people’s minds.