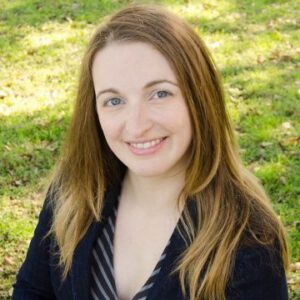 The Office 365 vs Google Apps Battle: Who Will Dominate Enterprise Software?

Long ago in the days of yore, computing looked very different. Everyone had a PC that they were tethered to at their desk, and that PC almost always had Microsoft Office installed. Eventually, people were hard-pressed to do their job without it; it became an omnipresence, a giant. It’s no surprise that this occurred; office was designed for the era of PCs, and it worked very well with them.

But one day something happened: the cloud came along. And eventually, it started raining hard on the Microsoft Office parade. Google Apps emerged as a fellow giant, and it had one thing that Office did not: it was designed for the cloud world. It started picking up market share, and is now used by over 5 million businesses worldwide. Google Apps scored 23 out of 42 US Government contracts last year (Microsoft only won 10); even Chicago Public Schools has gone Google.

Microsoft is suddenly finding themselves in the middle of a battle for what they’ve always done best. They’ve been rushing to catch up by launching Office 365, which takes their existing suite of products that have always done so well and “cloudifies” it. The problem with this approach is that Microsoft is trying to shoehorn the past into the future while Google Apps is busy innovating from scratch. Google Apps just gets how work is done now, and it’s been expressly designed with the modern workforce in mind.

Consider the two companies’ approaches to document collaboration. In the modern workforce, the ability to collaborate on projects and documents is key. In Office 365, two people can edit the same document at the same time, but a user’s edits do not become visible to other users until the one making the edits clicks “Save.” And if they’re co-editing, a user will be locked out of the section that the other one is editing.

In Google Drive, you can see where the other user’s cursor is so you don’t step on someone else’s edits while you’re making yours. And of course, there’s no saving; all updates are immediately autosaved and show up in real-time. You can actually watch someone else typing in a shared Google Drive doc.

And what about videoconferencing? As the cost of travel grows steadily and more companies find themselves scattered across the globe, videoconferencing has become a crucial part of how work gets done. Microsoft, recognizing this, has purchased Skype, which is a great way to video chat. But when you look at the Skype website, you see that there are different plans and pricing, some features are free, others are not – pretty typical of a Microsoft offering. By contrast, Google has baked Google Hangouts into their Google+ experience as well as into Gmail. How many times have you started typing a long email and thought, “Nah, this will be easier to explain face-to-face”? Google treats videoconferencing as a feature instead of as a separate product because they understand how it’s going to be used.

As we get farther into the future, the real test is going to come down to how well the two companies understand an increasingly mobile workforce. Microsoft recommends running Windows 7 for the best Office 365 experience. Unfortunately, today’s BYOD landscape has users accessing their work across a patchwork of devices and operating systems – where does that leave them? In addition, Microsoft charges extra for mobile sharing while Google Apps provides the same experience across any browser, OS or device. Today’s workforce is only going to get more mobile, and anyone who isn’t playing catch-up in that space has a huge advantage.

An interesting indicator to follow as these two giants continue to strive for the top spot is how many other companies are betting their businesses on each one’s success. Our team at Spanning made a huge bet on Google Apps when we built our flagship product, Spanning Backup for Google Apps, and we’re in good company. Watch the kind of companies that start building products for the Google Apps Marketplace and the Office 365 Marketplace, and you’ll have a good gauge of which provider is making the biggest strides.

Two giants in one battle for the hearts and minds of an evolving workforce. One has decades of experience, and while that is valuable, experience without evolution still leaves you in a tar pit. Google has a long way to go to dominate the enterprise space, but end users are left with the feeling that Google is honestly trying to understand and adapt to them while Microsoft offers up a new version of the same old thing.