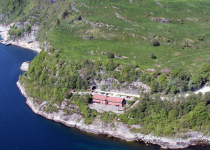 With the IT industry now accounting for more than ten percent of global electricity consumption, and data centres alone accounting for almost two percent, the pressure is on businesses to use the greenest possible cloud computing providers.  Here we look the green credentials of ten of the most environmentally friendly hosts available in no particular order:

This Norwegian hosting company is one of the largest in Scandinavia. It is also arguably the most environmentally friendly thanks to its use of the Green Mountain Data Centre. The data centre is the self-styled greenest data centre in the world, using hydropower to produce the required electricity and icy fjord water to cool the servers.

Google’s data centres already use fifty percent less energy than a typical data centre by reducing their overhead energy (cooling, power conversion, etc.) usage to just twelve percent. Not only has the company made their own processes environmentally friendly, they also share information and best practices in a bid to improve the entire IT industry.

Based out of Zurich in Switzerland, CloudSigma is plugged into one of the greenest electricity grids in the world – over 95 percent of Swiss energy is generated from nuclear and renewable sources. The company only uses certified carbon neutral cloud servers and has been recognised by Greenpeace for its dedication to environmental responsibility within the IT industry.

This Irish company has been pushing the green agenda since their founding in 2009. With seven data centres around the world they primarily offer hosting solutions to the European and North American markets. Their virtual servers consume less than 5 per cent of the power of a physical server, meaning just one Dediserve server rack is currently the same as 25 conventional server racks.

Windows Azure is the Microsoft-powered cloud service. The company has been recognized as the second-largest green power purchaser on the United States Environmental Protection Agency’s Green Power Partnership list, and clients who use their data centres will see a 30 percent drop in their carbon footprint.

Perfect for individuals and small businesses, Apple’s iCloud uses some of the greenest data centres on the planet. The company uses 100 percent renewable energy across all its data locations, plus 75 percent at its corporate facilities. Its new North Carolina data centre is powered by a huge solar panel farm and even occasionally becomes a net power producer for a local utility company.

IBM Smartcloud offers a fully managed, highly secure IaaS cloud which is optimized for critical enterprise workloads. In 2012 27 IBM data centres were awarded ‘Participants in Data Centre Efficiency’ by the European Commission – the largest portfolio of data centres from a single company to receive the recognition.

The US-based content delivery network is one of the greenest companies in its sector. For more than ten years Akamai have taken a leading role in minimizing the environmental impact of IT systems. With several initiatives in place that are continually improving efficiency, the company now boast a grade ‘A’ for Energy Transparency from Greenpeace.

Rackspace is one of the leading names in cloud hosting, yet they also have an excellent sustainability program. In 2014 their USA-based operations were named as ‘Green Power Partners’ by the Environmental Protection Agency for the second consecutive year, while their UK data centres and offices run on 100 percent renewable energy.