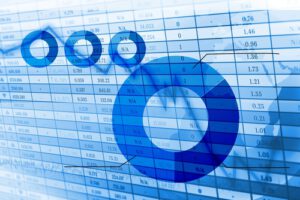 Which Cloud Companies Are Performing Best On The Stock Market?

Which Cloud Companies are Performing Best on the Stock Market?

Cloud computing is no longer the sole domain of IT professionals and home users. It is increasingly gaining the interest of traders and investors who see the massive long term growth potential in the market.

A major milestone was hit in July 2013 when the top public cloud computing companies became worth a combined market total of more than $100 billion, while the ‘Cloud Computing Index’ now aims to track 55 of the largest publically traded cloud companies that generate at least fifty percent of their revenues from cloud-based applications, infrastructure and services.

The best performing cloud stock in the year-to-date is NetScout Systems. Their share price has risen by 31.36 percent since 1st January 2014, meaning $10,000 invested in the company at the start of the year would be worth $13,478 today.

The company’s success is no surprise; it is a market leader in application and network performance management solutions and is used by 92 percent of Fortune 100 organisations along with more than 165 Service Providers worldwide.

The company hoped to capitalise on their recent good financial results by trying to attract further investment at an ‘Investor Day’ in the middle of May. It is believed senior management discussed the company’s real-time operational intelligence and performance analytics, along with highlighting their future growth strategies – though no further investment has yet been announced.

The good results also provided an opportunity for some of the company’s insiders to make a profit. Jean Bua, the Senior Vice President and Chief Financial Officer, reportedly sold 1,666 shares for $65,090.62 – though she continues to retain 15,246 shares in the firm.

Hewlett Packard hold second place in the year-to-date rankings after seeing their share price increase 19.73 percent in 2014, while in third place are F5 Networks.

F5 Networks’ share price has increased by 19.47 percent to $108.55 per share, meaning their market capitalisation now stands at $10.45 billion. The company, which provides application delivery networking technology, have exploited their recent results by purchasing anti-DDoS startup Defense.Net for an undisclosed amount and announcing an agreement with Cisco that makes it possible for customers with F5 appliances to deploy policy-driven application services across layer 2–7 fabrics.

On the other end of the scale, the worst performing stock of the fifty five companies was that of Marketo. The marketing automation software firm has seen its share price tumble by 37.47 percent since January 1st, and if you had invested $10,000 at the turn of the year you would now be left with a mere $6,095. The heavy losses prompted CEO Phillip Fernandez to sell 10,000 of his shares last week. The shares were sold at an average price of $23.88, for a total value of $238,800.