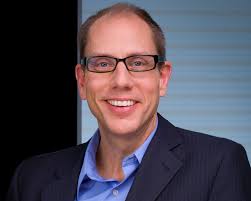 Can You Run Your Business Entirely From A Mobile Device?

Can You Run Your Business Entirely From A Mobile Device?

You know the feeling. It’s 8:00 a.m. Your bus is stuck in traffic, so you pull out your phone and start answering work emails. While you may rely on your mobile device’s apps for everything from an alarm clock to a fitness tracker to a recipe finder, you might not put it to quite so much use in your work life. It’s okay for the odd early morning email, but can you really run your business from a mobile device?

It’s actually easier than ever. Now, it’s unlikely PepsiCo and Apple will ditch their computers and go 100 percent mobile (though perhaps their CEOs will follow Salesforce’s Marc Benioff’s lead), but thanks to the cloud mobile devices are becoming a powerful business tool. The cloud allows the complex programs that run businesses to be accessed from smartphones and tablets, something we could scarcely imagine a decade ago.

Maybe you want access to a series of graphs for a meeting or to peruse a PDF during a long plane ride. Tablets are becoming more versatile and portable, which is why it might be appealing to stop lugging a five-pound laptop around and leave everything to your iPad. With the right set of apps, this approach isn’t as crazy as it may seem.

Smartphones aren’t renowned for their memory capacity, but with file-hosting services such as Dropbox, they don’t need to be. There are different tiers, depending on how much storage you need, which helps keep costs down. If you happen to lose your device, your files aren’t gone forever and can be accessed as soon as you get a replacement for your hardware. So your device doesn’t turn into a nearly useless brick should you stumble into a WiFi-free zone, an app such as Instapaper can make documents and emails available for offline reading.

If Gmail’s nearly unlimited amount of space doesn’t entice you, rest assured that mobile versions of products such as Outlook are becoming near clones of their computer counterparts, with all the bells and whistles you rely on for your business tasks. Whether you use MailChimp for newsletters or Keynote for presentations, almost every software company in business today recognizes the demand for a mobile version of their product. In fact, newer startups are start designing their programs and products for mobile and cloud, instead of retrofitting them from a computer-compatible version. (Try using Square to collect payments on a laptop.)

With your smartphone attached to your hip, it’s easier than ever to stay organized, too. There are myriad calendar apps to remind you of your next meeting (provided you remembered to schedule it), and something such as Evernote makes notes, links, and to-do lists searchable. Never go through the agony of a lost dinner receipt again with Shoeboxed, which lets you take pictures of your receipts and generates an expense report.

Then there’s a phone’s most basic function — helping you keep in touch. Aside from the obvious — phone calls and texting — apps such as Skype and Google Hangouts also facilitate collaboration, even when you’re out of the office. The iPad’s built-in Facetime capabilities are wonderful, provided you’re not working in your bathrobe and have showered in the past few days. For the socially minded, HootSuite has mobile options for managing your Twitter, Facebook, and LinkedIn accounts.

Because these devices are so portable, their size does come with one downside: Lack of a keyboard and mouse. However, Bluetooth keyboards or styluses might work for those who can’t live without such accessories.

Aside from the obvious ability to roam where you want to with your device, another nice thing about doing everything from your smartphone or tablet is customization. Many apps on the market put the power in the hands of the user, letting him or her decide if, for example, the hours between 11:00 p.m. and 6:00 a.m. are “do not disturb” time. Or maybe you have a strict budget that Mint will help you organize and track.

If you really want your mobile device to power your business, you’ll want to invest in some apps created specifically for that purpose. Business management software that can manage CRM, keep track of invoices, and monitor warehouse data is more valuable to your company than a game in the Apple store, and you get what you pay for: a robust program that can handle the tasks necessary to run your business, while you’re en route to your next meeting, whether it’s down the street or across a few time zones. Personally, I wouldn’t be nearly as effective in my role as CEO without the ability to access customer information, look up orders, and check pipelines on the fly. Luckily, I work for a company whose software was designed to do all that and more.

Jon has 25 years of leadership experience in the software business. He joins Acumatica after a 20-year career at Microsoft where he led efforts in many areas including product development for developer tools, as well as the business operations, strategy, and marketing for all of Microsoft US. Jon’s most recent role was Corporate Vice President for the Worldwide Partner Group where he led a global sales and marketing team of more than 5,000 employees and Microsoft’s 640,000 partners.